He thought of these things. Harry must have changed since then, become obnoxious or something. Julian reasoned that he could not have asked the Harry he now knew to invest so much money in the business. Well, maybe the winter had something to do with it. You went to the Gibbsville Club for lunch; Harry was there. You went to the country club to play squash on Whit Hofman's private court, and Harry was around. You went to the Saturday night drinking parties, and there was Harry; inescapable, everywhere. Carter Davis was there, too, and so was Whit; so was Froggy Ogden. But they were different. The bad new never had worn off Harry Reilly. And the late fall and winter seemed now to have been spoiled by room after room with Harry Reilly. You could walk outside in the summer, but even though you can walk outside in winter, winter isn't that way. You have to go back to the room soon, and there is no life in the winter outside of rooms. Not in Gibbsville, which was a pretty small room itself. 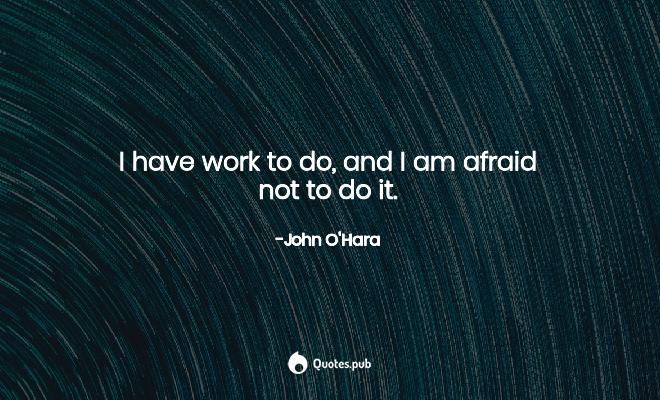 I have work to do, and I am afraid not to do it. 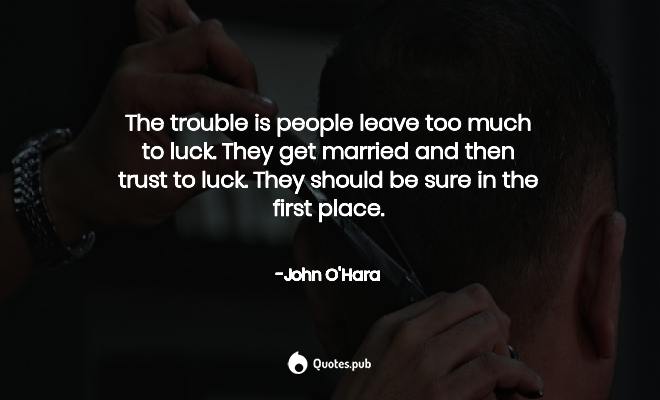 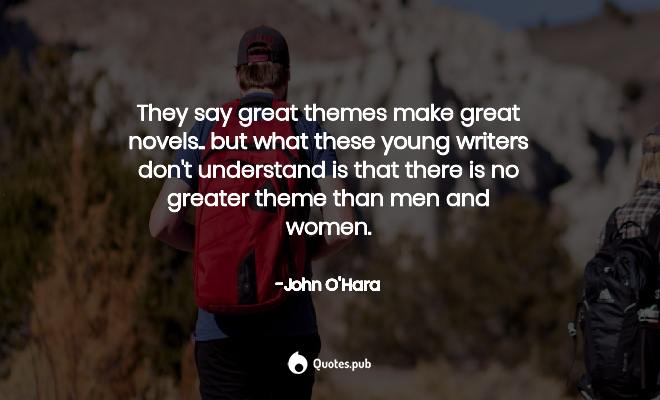 They say great themes make great novels.. but what these young writers don't understand is that there is no greater theme than men and women. 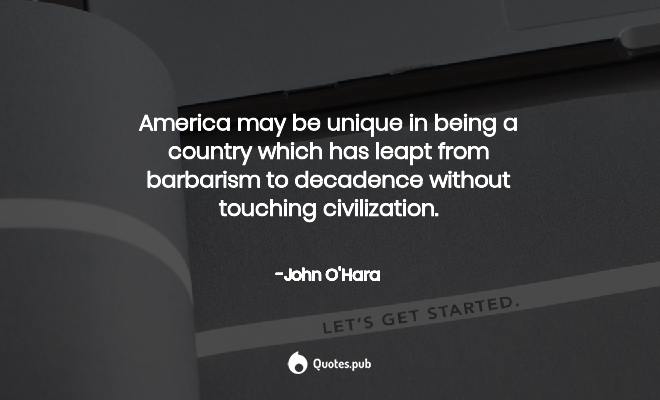 America may be unique in being a country which has leapt from barbarism to decadence without touching civilization. 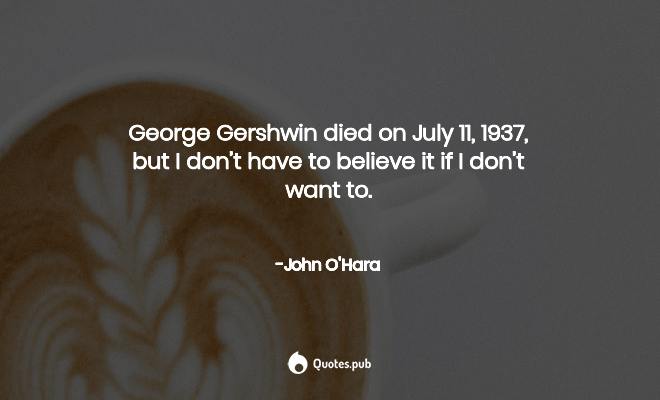 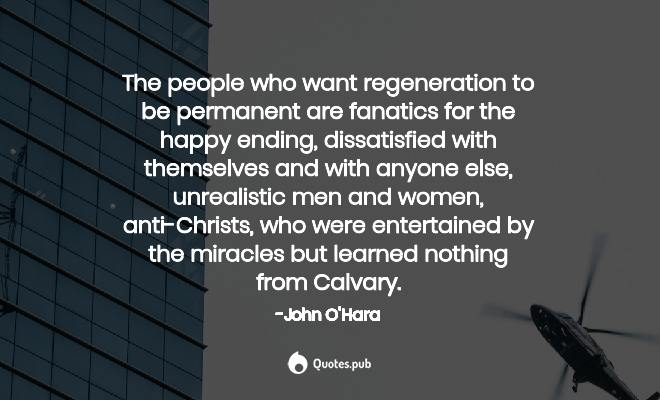 The people who want regeneration to be permanent are fanatics for the happy ending, dissatisfied with themselves and with anyone else, unrealistic men and women, anti-Christs, who were entertained by the miracles but learned nothing from Calvary. 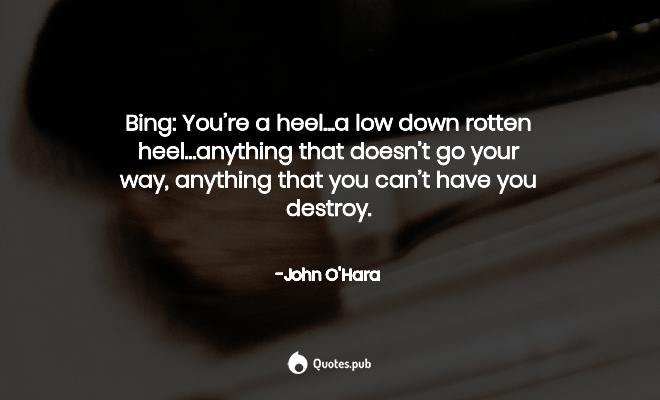 Bing: You’re a heel…a low down rotten heel…anything that doesn’t go your way, anything that you can’t have you destroy. 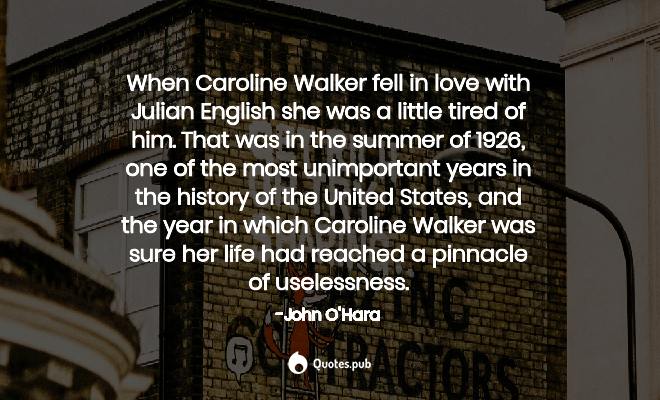 When Caroline Walker fell in love with Julian English she was a little tired of him. That was in the summer of 1926, one of the most unimportant years in the history of the United States, and the year in which Caroline Walker was sure her life had reached a pinnacle of uselessness.