He picked up the wrench and broke the guy’s wrist with it, one, and then the other wrist, two, and turned back and did the same to the guy who had held the hammer, three, four. The two men were somebody’s weapons, consciously deployed, and no soldier left an enemy’s abandoned ordnance on the field in working order. The doctor’s wife was watching from the cabin door, all kinds of terror in her face. "What?" Reacher asked her. 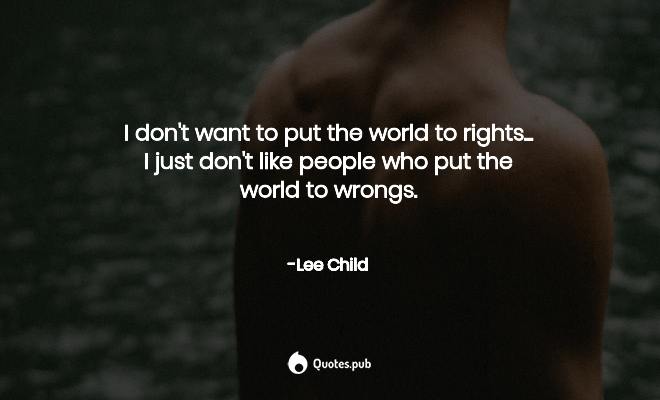 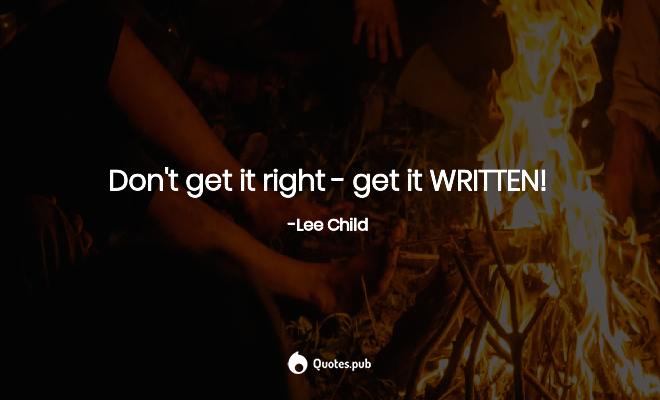 Don't get it right - get it WRITTEN! 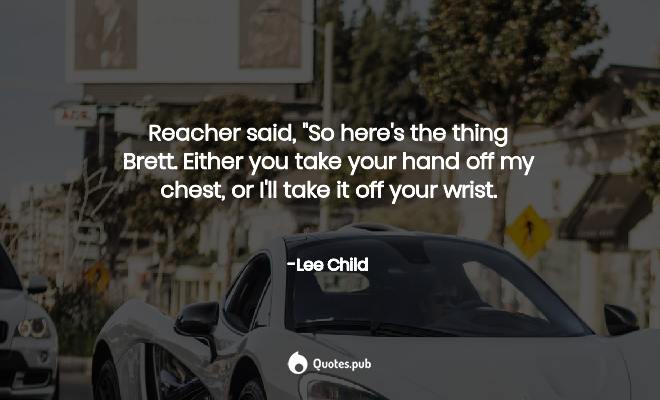 Reacher said, "So here's the thing Brett. Either you take your hand off my chest, or I'll take it off your wrist. 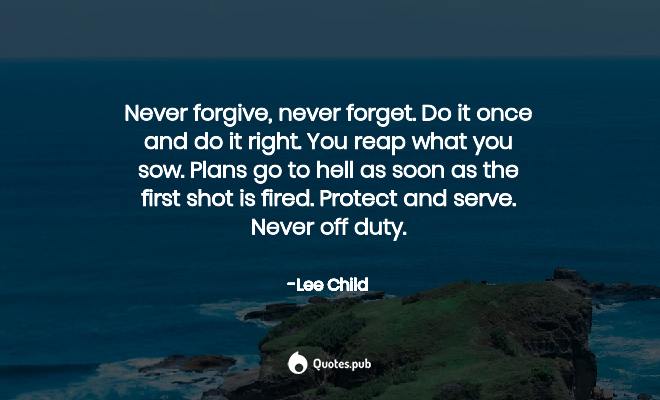 Never forgive, never forget. Do it once and do it right. You reap what you sow. Plans go to hell as soon as the first shot is fired. Protect and serve. Never off duty. 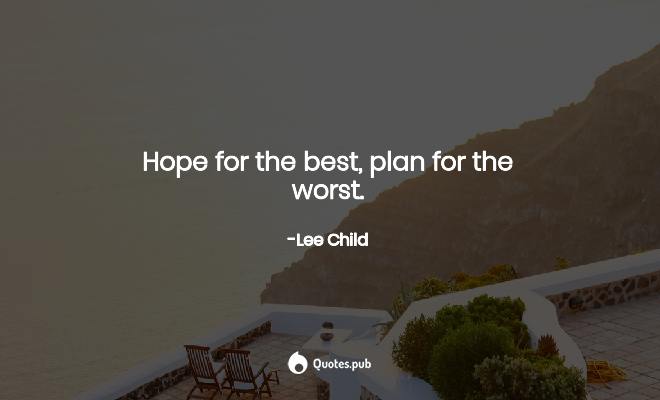 Hope for the best, plan for the worst. 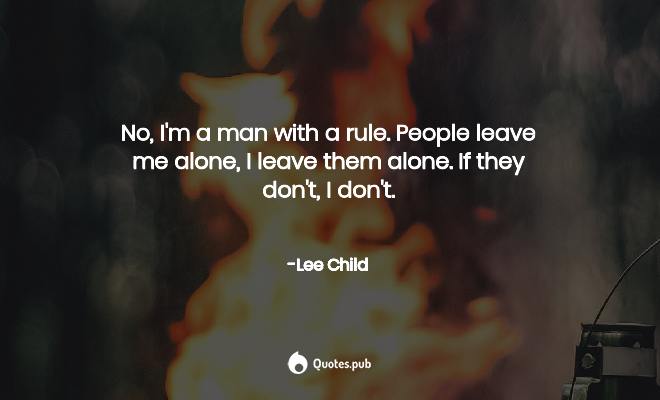 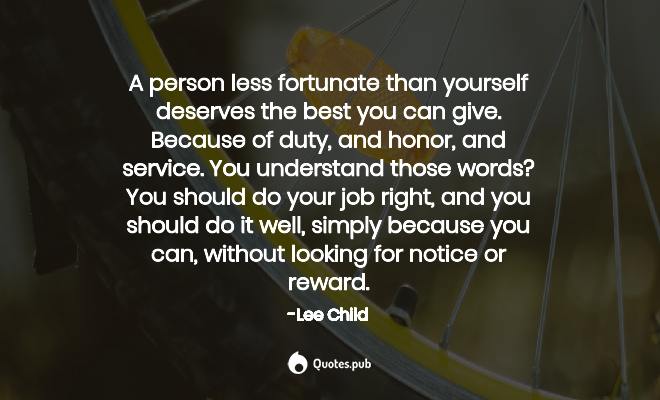 A person less fortunate than yourself deserves the best you can give. Because of duty, and honor, and service. You understand those words? You should do your job right, and you should do it well, simply because you can, without looking for notice or reward. 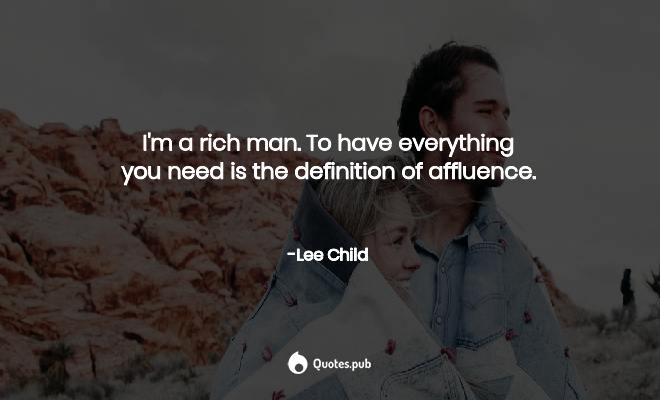 I'm a rich man. To have everything you need is the definition of affluence.