Have you ever heard the story of the Elephant and the Twig? In India they train obedience in young elephants (to stop them from escaping) by tying them to a huge, immovable object, like a tree, when they are still very young. The tree is so large that no matter how hard the baby elephant pulls and tugs it cannot break free. This develops what is known as ‘learned helplessness’ in the creature. After trying so hard and for so long to break the hold, only to be thwarted time and again, it eventually believes that, no matter what it does, it cannot escape. Ultimately, as a fully-grown adult weighing several tons, they can tie it to a twig and it won’t escape, in fact it won’t even try.

Topics : The Elephant and the Twig Quotes

Before we can change the world we first have to change ourselves – we need to localise our first-aid. This often means having to mend our own faults, but before we can do this of course we have first to admit them, if only to ourselves. Many of us cannot bear to see the truth; the b . . . Read more

Again, no higher moral ground is being taken here, I still to this day have to check myself to make sure that I don’t end up in conversations that pull others to pieces. It can be so infectious and often you are in knee-deep before you even realise it. I make as many mistakes as the . . . Read more

Even great men like Gandhi and Stephen Hawkins and others throughout history have had to contradict themselves because increased knowledge has shown their old and true concepts to be old and untrue. Much of the war going on throughout the world now is being fought by two sides that bo . . . Read more 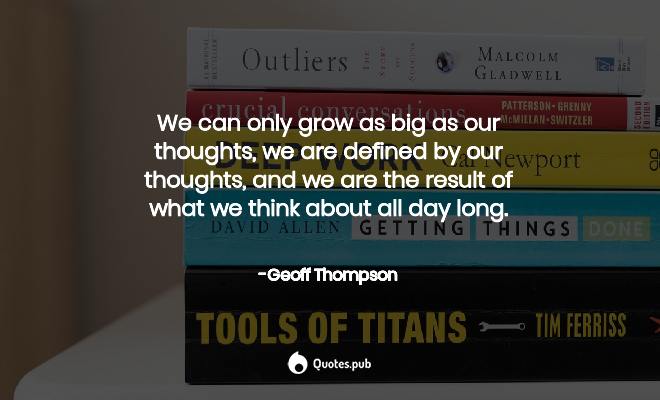 We can only grow as big as our thoughts, we are defined by our thoughts, and we are the result of what we think about all day long. 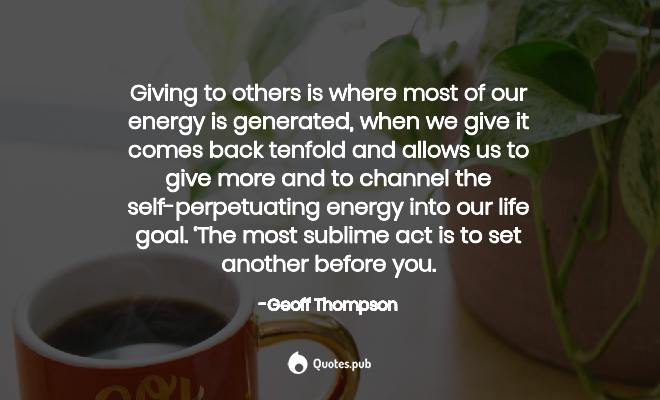 Giving to others is where most of our energy is generated, when we give it comes back tenfold and allows us to give more and to channel the self-perpetuating energy into our life goal. ‘The most sublime act is to set another before you.

Download
We are here to serve, but the beauty is that when we serve others we also serve ourselves, what we give out is what we get back. The best way then actually to get what you want from life is to help others to get what they want. So why not help more and why give out rubbish when that i . . . Read more

Abraham Maslow called it the ‘Jonah Complex’, the fear of success. He said that we are generally afraid to become that which we can glimpse in our most perfect moments, under the most perfect conditions, under conditions of greatest courage; we enjoy and even thrill to the god-lik . . . Read more 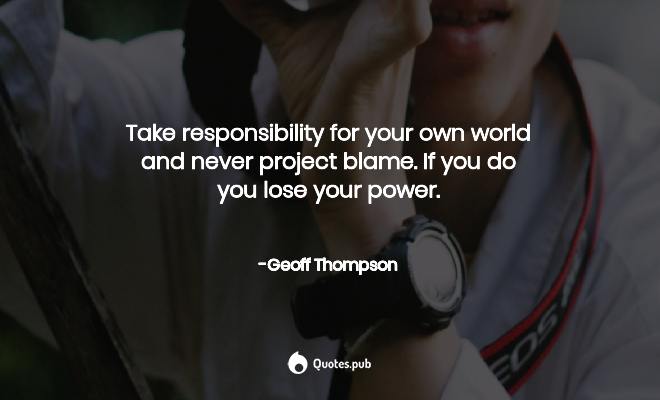 Take responsibility for your own world and never project blame. If you do you lose your power.