From Moses' point of view, he was now permanently separated both from what he regarded as his homeland, Egypt, and also from the people he now identified with as his own, Israel. Consider, then, the spiritual challenge that was his. He was a failure as a deliverer of his people, a failure as a citizen of Egypt, unwelcome among either of the nations he might have called his own, a wanted man, a now-permanent resident of an obscure place, alone and far from his origins, and among people of a different religion (however much or little Midianite religion may have shared some features with whatever unwritten Israelite religion existed at this time). His character, as we have seen, was clearly that of a deliverer. His circumstances, however, offered no support for any calling appropriate to that character. It would surely require an amazing supernatural action of a sovereign God for this washed-up exile to play any role in Israel's future. Moses knew this, and his statement, “I have become an alien in a foreign land,” resignedly confirms it 152 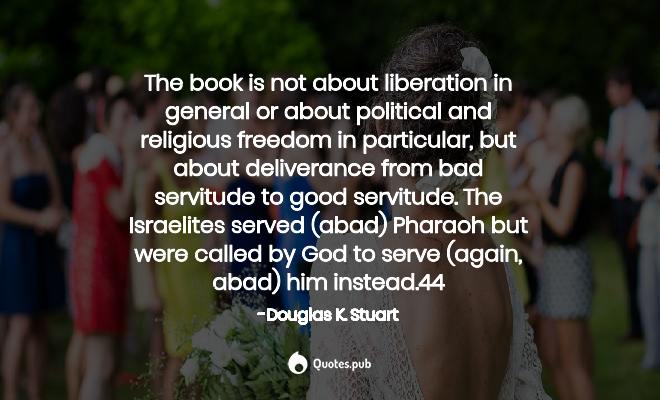