From a philosophical point of view, Leibniz's most interesting argument was that absolute space conflicted with what he called the principle of the identity of indiscernibles (PII). PII says that if two objects are indiscernible, then they are identical, i.e. they are really one and the same object. What does it mean to call two objects indiscernible? It means that no difference at all can be found between them--they have exactly the same attributes. So if PII is true, then any two genuinely distinct objects must differ in at least one of their attributes--otherwise they would be one, not two. PII is intuitively quite compelling. It certainly is not easy to find an example of two distinct objects that share all their attributes. Even two mass-produced factory goods will normally differ in innumerable ways, even if the differences cannot be detected with the naked eye. Leibniz asks us to imagine two different universes, both containing exactly the same objects. In Universe One, each object occupies a particular location in absolute space.In Universe Two, each object has been shifted to a different location in absolute space, two miles to the east (for example). There would be no way of telling these two universes apart. For we cannot observe the position of an object in absolute space, as Newton himself admitted. All we can observe are the positions of objects relative to each other, and these would remain unchanged--for all objects are shifted by the same amount. No observations or experiments could ever reveal whether we lived in universe One or Two. 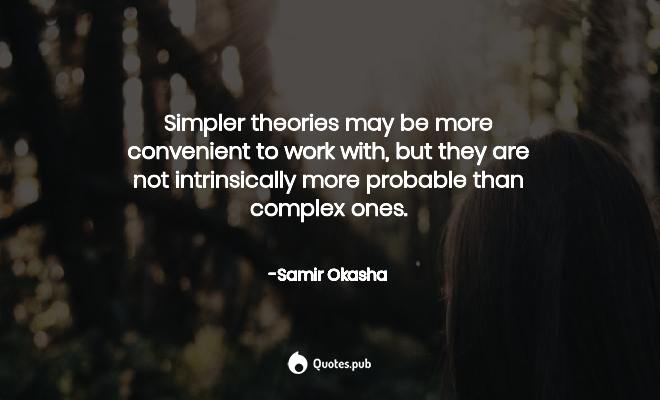 Simpler theories may be more convenient to work with, but they are not intrinsically more probable than complex ones.

The failure of Popper's demarcation criterion throws up an important question. Is it actually possible to find some common feature shared by all the things we call 'science...'? It may be that they share some fixed set of features that define what it is to be science, but it may not.. . . . Read more

Firstly, it meant that the issue between competing paradigms could not be resolved by simply appealing to ‘the data’ or ‘the facts’, for what a scientist counts as data, or facts, will depend on which paradigm she accepts. Perfectly objective choice between two paradigms is th . . . Read more

It must be admitted that scientists today take little interest in philosophy of science.... It is not an indication that philosophical issues are no longer relevant. Rather, it is a consequence of the increasingly specialized nature of science, and of the polarization between the scie . . . Read more

However, the observed orbit of Uranus consistently differed from what Newton’s theory predicted. This puzzle was solved in 1846 by two scientists, Adams in England and Leverrier in France, working independently. They suggested that there was another planet, as yet undiscovered, exer . . . Read more 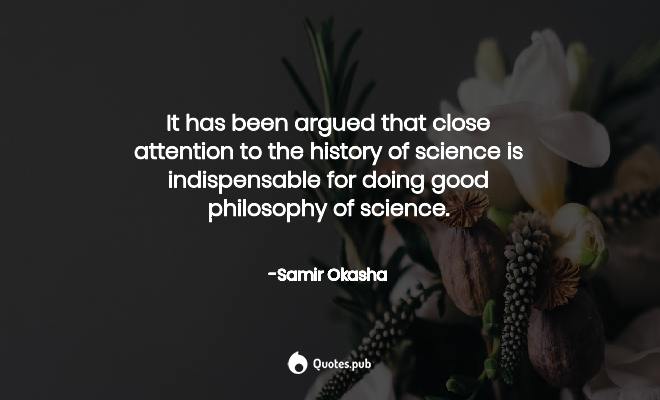 It has been argued that close attention to the history of science is indispensable for doing good philosophy of science.