Fat bitch," Kessa murmured as the door scraped closed behind Mrs. Stone. "She meant well, Francesca. And you see, everyone thinks you're too thin." "Since when is Mrs. Stone an authority on appearance. I've heard you say a thousand times that she looks like an old hooker." "I never said anything of the sort. What I said was that she wears too much makeup and her clothes are indiscreet." "Which means she looks like an old hooker. Well, if that's the way a woman is supposed to look, I'd rather be too skinny." Kessa felt a flash of pleasure at the argument. Just let her mother try to push food into her now. 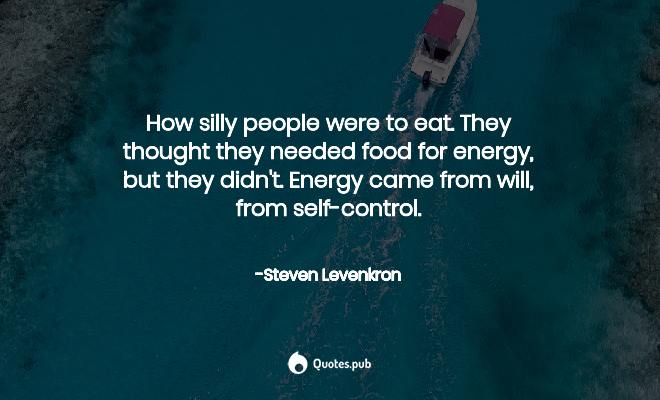 How silly people were to eat. They thought they needed food for energy, but they didn't. Energy came from will, from self-control. 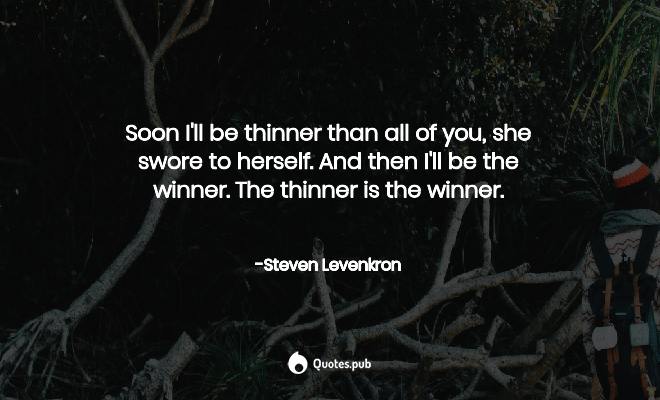 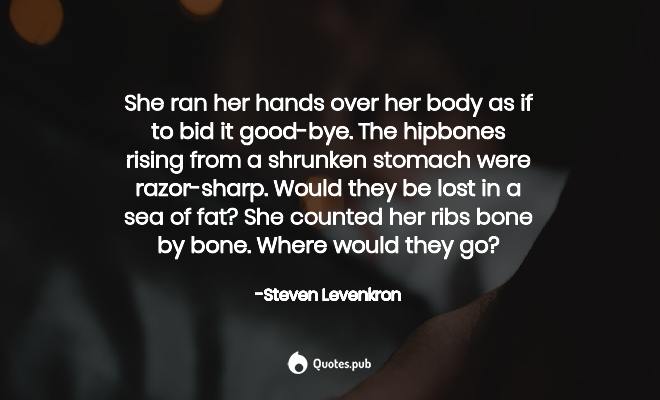 She ran her hands over her body as if to bid it good-bye. The hipbones rising from a shrunken stomach were razor-sharp. Would they be lost in a sea of fat? She counted her ribs bone by bone. Where would they go? 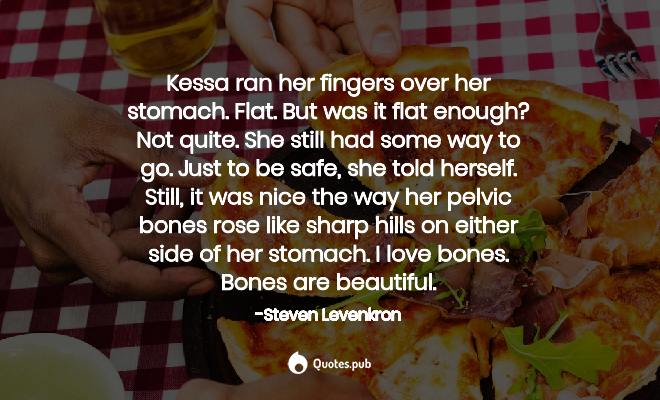 Kessa ran her fingers over her stomach. Flat. But was it flat enough? Not quite. She still had some way to go. Just to be safe, she told herself. Still, it was nice the way her pelvic bones rose like sharp hills on either side of her stomach. I love bones. Bones are beautiful. 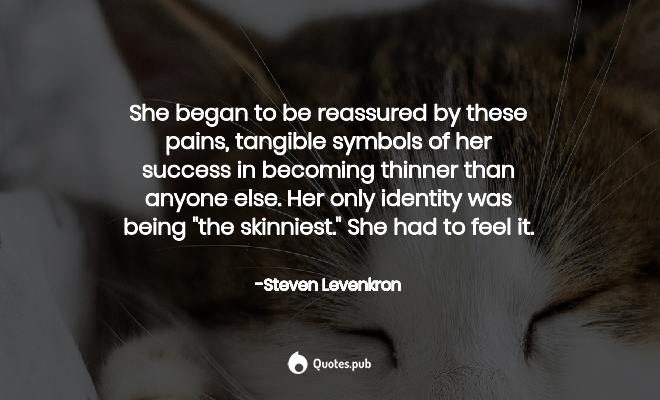 She began to be reassured by these pains, tangible symbols of her success in becoming thinner than anyone else. Her only identity was being "the skinniest." She had to feel it. 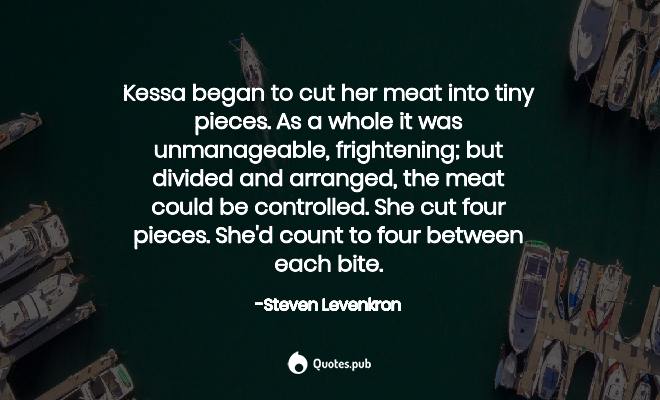 Kessa began to cut her meat into tiny pieces. As a whole it was unmanageable, frightening; but divided and arranged, the meat could be controlled. She cut four pieces. She'd count to four between each bite.

Download
[. . .] and in addition to the feeling of being full there was another more terrifying one, as if a hundred appetites were raging out of control within her. She couldn't explain it, but she felt as if everything was in chaos and something awful was going to happen. She had eaten and n . . . Read more

The nerves of the skin send pain signals to the brain to warn us of the danger from and impending injury. In the case of self-inflicted wounding, this pain acts as the body's own defense mechanism to stop one from proceeding in the effort at physical injury. If a person proceeds despi . . . Read more