Evans turned away, did something with his left eyelid for the benefit of the other two. "It's got him," he smirked. "He's tuned-in from now on." Time started to slow up and act crazy. Minutes took much longer to pass than they had before. It was hard for him to adjust himself to the new ratio, he got all balled-up. When it seemed like half an hour had gone by, the radio would still be playing only the first chorus of the same selection that had begun a good thirty minutes before. Otherwise, nothing much happened. Vinnie was doing a good deal of muffled giggling over there on the divan. The stranger who had been sitting reading the paper got up, yawned, stretched ponderously, and strolled out into the hall, with a muttered "Happy landing!" by way of leave-taking. He didn't come back again any more. Turner looked down one time and a quarter of an inch of charred paper was all that was left between his fingers. Then the next time he looked there was a full length cigarette again. 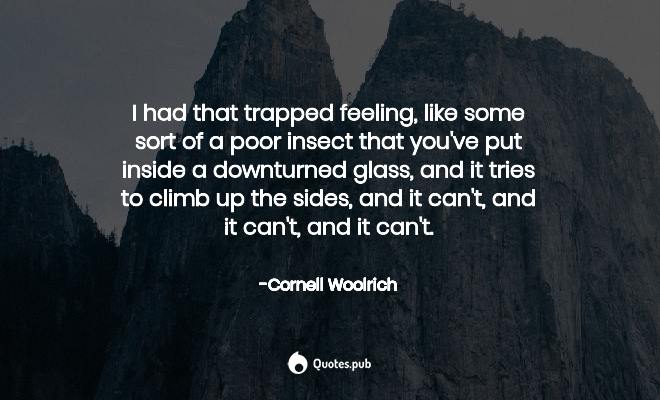 Download
An attachment grew up. What is an attachment? It is the most difficult of all the human interrelationships to explain, because it is the vaguest, the most impalpable. It has all the good points of love, and none of its drawbacks. No jealousy, no quarrels, no greed to possess, no fear . . . Read more 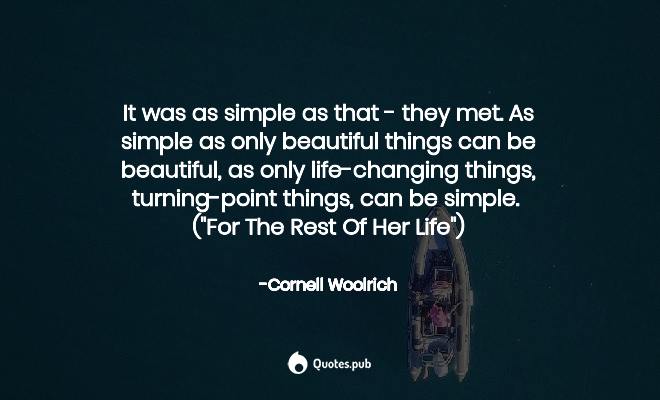 It was as simple as that - they met. As simple as only beautiful things can be beautiful, as only life-changing things, turning-point things, can be simple.("For The Rest Of Her Life")

Download
Beside her, her husband could only splutter, and he stopped even that when she half turned to flash him a smile - the instinctive, brilliant smile of a woman who knows what feeble creatures men can be. You couldn't learn to smile like that. It was something a woman either knew the min . . . Read more

I turned away from him and went on my way, up the street and about my business. The past was dead. The future was resignation, fatality, and could only end one way now. The present was numbness, that could feel nothing. Like Novocaine needled into your heart. What was there in all the . . . Read more 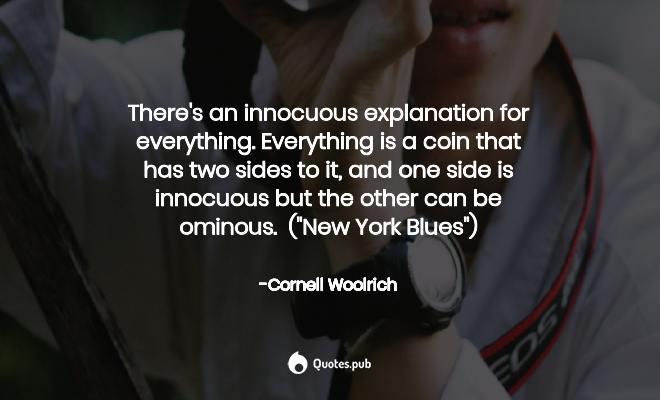 There's an innocuous explanation for everything. Everything is a coin that has two sides to it, and one side is innocuous but the other can be ominous.("New York Blues")

Download
There is no hard and fast line that can be drawn that says: Up to here there was no love; from here on there is now love. Love is a gradual thing, it may take a moment, a month, or a year to come on, and in each two its gradations are different. With some it comes fast, with some it c . . . Read more 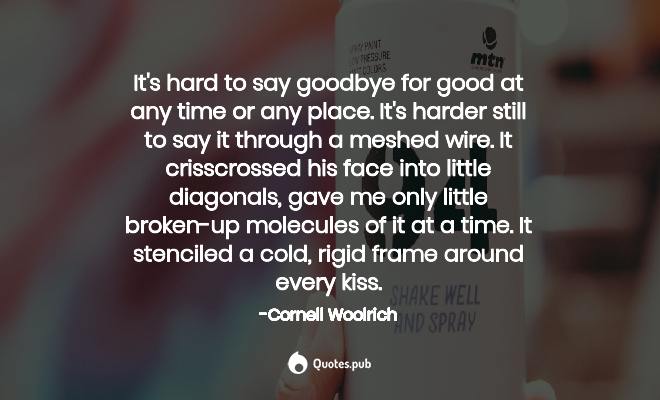 It's hard to say goodbye for good at any time or any place. It's harder still to say it through a meshed wire. It crisscrossed his face into little diagonals, gave me only little broken-up molecules of it at a time. It stenciled a cold, rigid frame around every kiss.