Eisenhower has been much criticized for his failure publicly to endorse the Court's decision. But he felt that doing so would set an undesirable precedent. If a president endorsed decisions he agreed with, might he feel compelled to oppose decisions he did not agree with? And what would that do to the rule of law? "The Supreme Court has spoken and I am sworn to uphold ... the constitutional processes.... I will obey."3

Topics : America: The Last Best Hope Quotes Volume 2: From a World at War to the Triumph of Freedom 1914-1989 Quotes Kindlehighlight Quotes 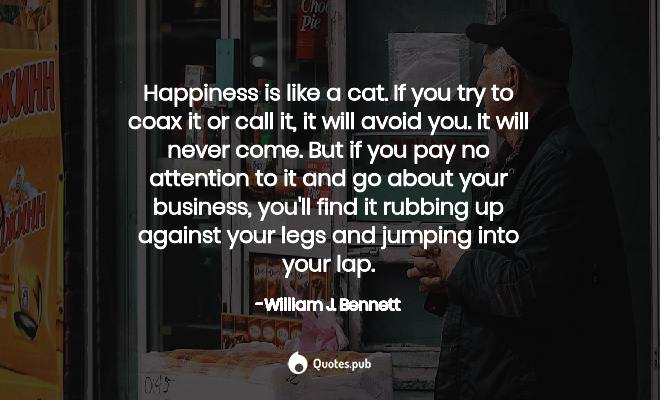 Happiness is like a cat. If you try to coax it or call it, it will avoid you. It will never come. But if you pay no attention to it and go about your business, you'll find it rubbing up against your legs and jumping into your lap.

There are no menial jobs, only menial attitudes. 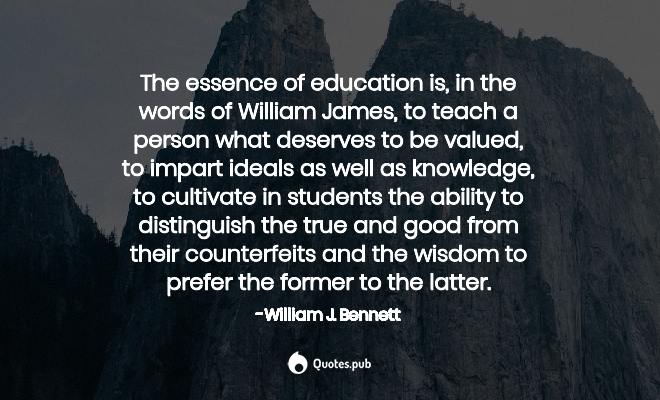 The essence of education is, in the words of William James, to teach a person what deserves to be valued, to impart ideals as well as knowledge, to cultivate in students the ability to distinguish the true and good from their counterfeits and the wisdom to prefer the former to the latter. 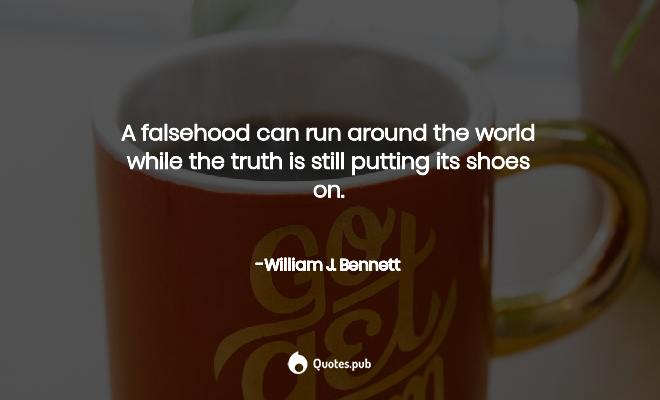 A falsehood can run around the world while the truth is still putting its shoes on.

American soldiers were dying in frigid Korea. One of our greatest generals told us that the president and his team were not trying to win. And some strident voices were saying that that was because they didn't want to win,

Politics is the art of achieving the maximum amount of freedom for individuals that is consistent with the maintenance of social order, 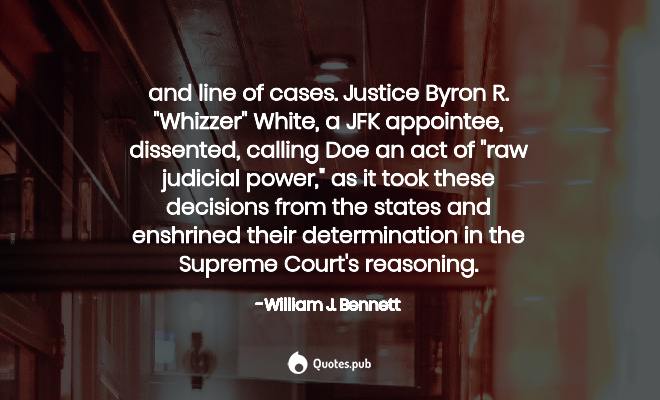 and line of cases. Justice Byron R. "Whizzer" White, a JFK appointee, dissented, calling Doe an act of "raw judicial power," as it took these decisions from the states and enshrined their determination in the Supreme Court's reasoning.

History is a ribbon, always unfurling. History is a journey. And as we continue our journey, we think of those who traveled before us . . .