Each life is formed by its unique image, an image that is the essence of that life and calls it to a destiny. As the force of fate, this image acts as a personal daimon, an accompanying guide who remembers your calling. The daimon motivates. It protects. It invents and persists with stubborn fidelity. It resists compromising reasonableness and often forces deviance and oddity upon its keeper, especially when neglected or opposed. It offers comfort and can pull you into its shell, but it cannot abide innocence. It can make the body ill. It is out of step with time, finding all sorts of faults, gaps, and knots in the flow of life - and it prefers them. It has affinities with myth, since it is itself a mythical being and thinks in mythical patterns. It has much to do with feelings of uniqueness, of grandeur and with the restlessness of the heart, its impatience, its dissatisfaction, its yearning. It needs its share of beauty. It wants to be seen, witnessed, accorded recognition, particularly by the person who is its caretaker. Metaphoric images are its first unlearned language, which provides the poetic basis of mind, making possible communication between all people and all things by means of metaphors 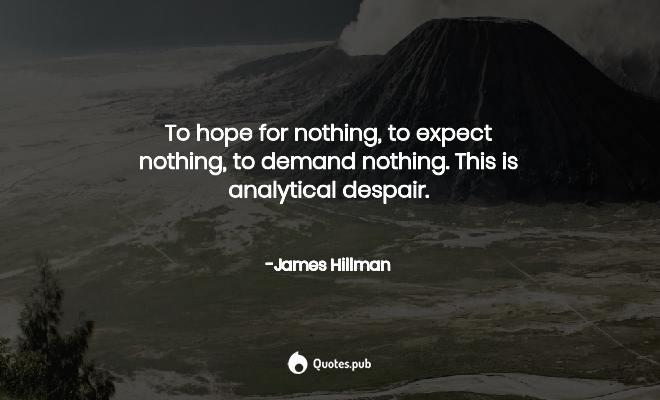 Download
Why do we focus so intensely on our problems? What draws us to them? Why are they so attractive? They have the magnet power of love: somehow we desire our problems; we are in love with them much as we want to get rid of them . . . Problems sustain us -- maybe that's why they don't go . . . Read more

...you find your genius by looking in the mirror of your life. Your visible image shows your inner truth, so when you're estimating others, what you see is what you get. It therefore becomes critically important to see generously, or you will get only what you see; to see sharply, so . . . Read more 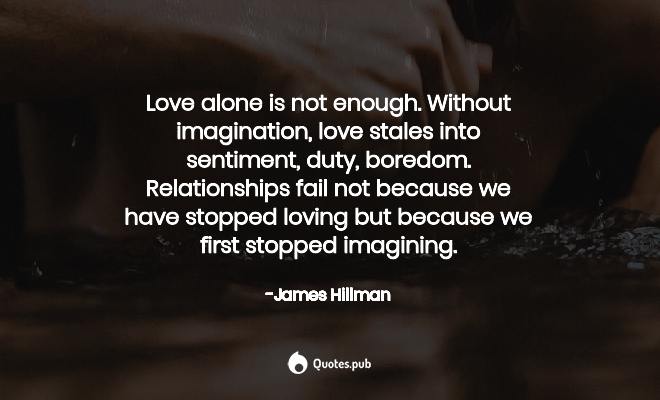 Love alone is not enough. Without imagination, love stales into sentiment, duty, boredom. Relationships fail not because we have stopped loving but because we first stopped imagining. 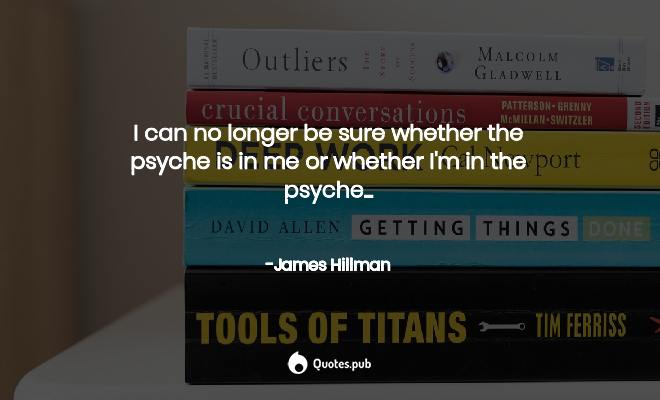 I can no longer be sure whether the psyche is in me or whether I'm in the psyche... 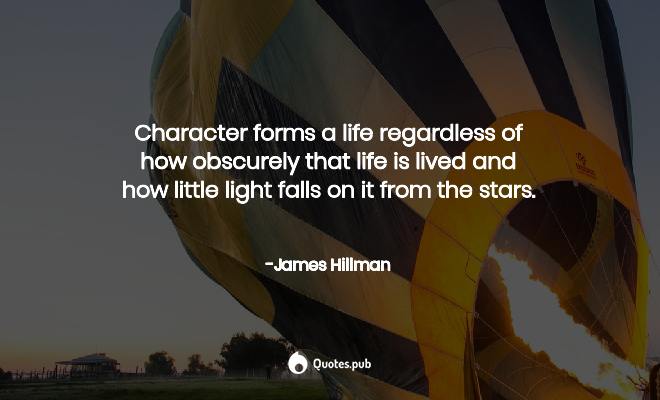 Character forms a life regardless of how obscurely that life is lived and how little light falls on it from the stars. 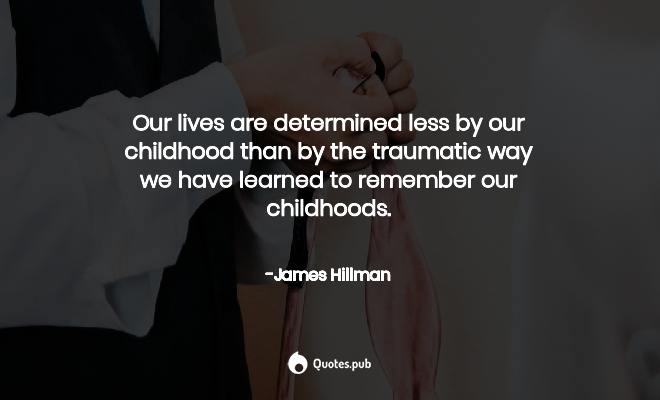 Our lives are determined less by our childhood than by the traumatic way we have learned to remember our childhoods.