During seasons of great pestilence men have often believed the prophecies of crazed fanatics, that the end of the world was come. Credulity is always greatest in times of calamity. Prophecies of all sorts are rife on such occasions, and are readily believed, whether for good or evil. During the great plague, which ravaged all Europe, between the years 1345 and 1350, it was generally considered that the end of the world was at hand. Pretended prophets were to be found in all the principal cities of Germany, France, and Italy, predicting that within ten years the trump of the Archangel would sound, and the Saviour appear in the clouds to call the earth to judgment. 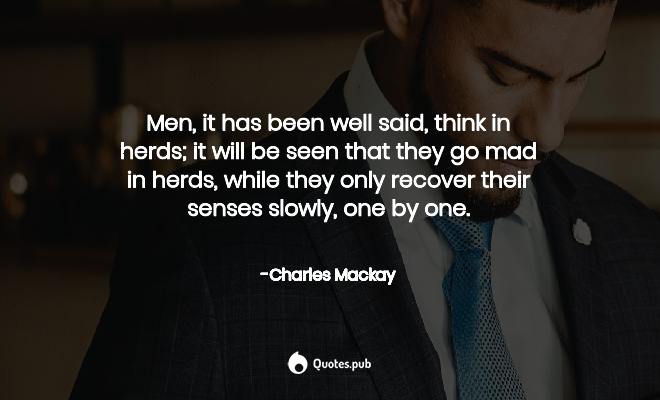 Men, it has been well said, think in herds; it will be seen that they go mad in herds, while they only recover their senses slowly, one by one.

Download
Let us not, in the pride of our superior knowledge, turn with contempt from the follies of our predecessors. The study of the errors into which great minds have fallen in the pursuit of truth can never be uninstructive. As the man looks back to the days of his childhood and his youth, . . . Read more

In reading The History of Nations, we find that, like individuals, they have their whims and their peculiarities, their seasons of excitement and recklessness, when they care not what they do. We find that whole communities suddenly fix their minds upon one object and go mad in its pu . . . Read more 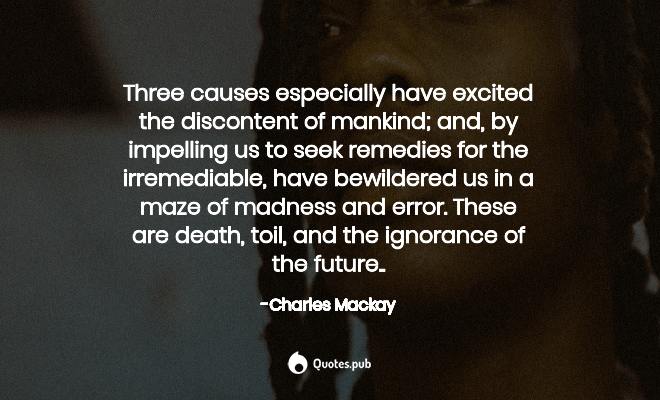 Three causes especially have excited the discontent of mankind; and, by impelling us to seek remedies for the irremediable, have bewildered us in a maze of madness and error. These are death, toil, and the ignorance of the future.. 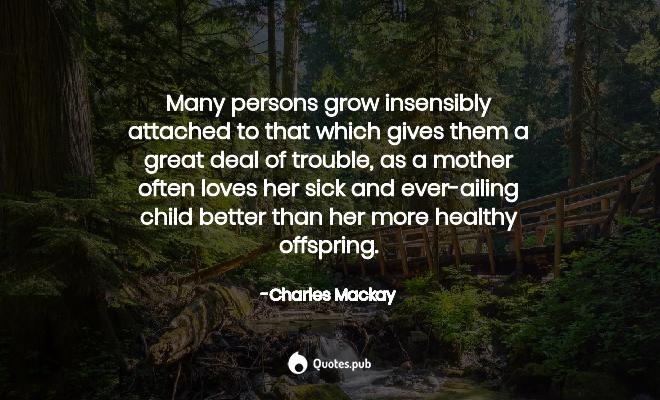 Many persons grow insensibly attached to that which gives them a great deal of trouble, as a mother often loves her sick and ever-ailing child better than her more healthy offspring. 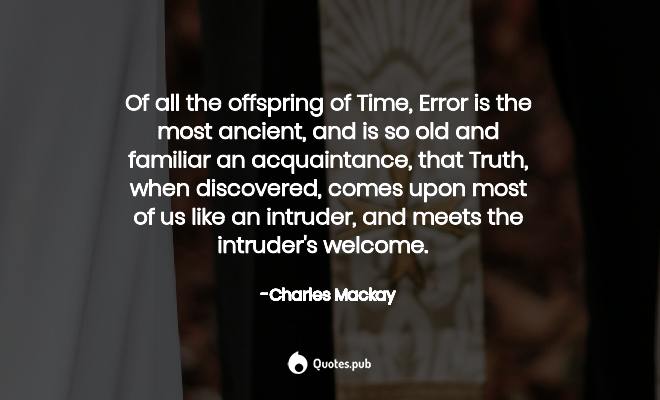 Of all the offspring of Time, Error is the most ancient, and is so old and familiar an acquaintance, that Truth, when discovered, comes upon most of us like an intruder, and meets the intruder's welcome. 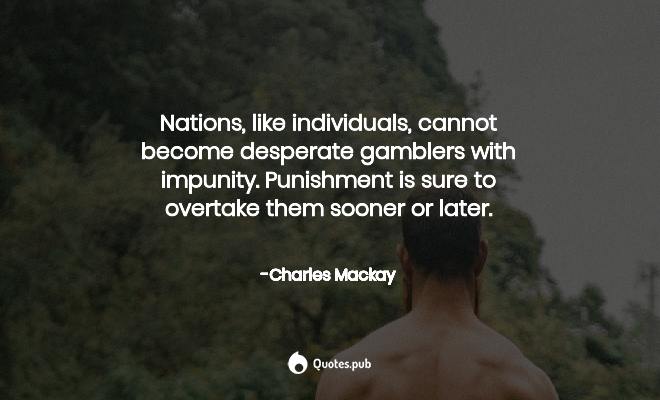 Nations, like individuals, cannot become desperate gamblers with impunity. Punishment is sure to overtake them sooner or later. 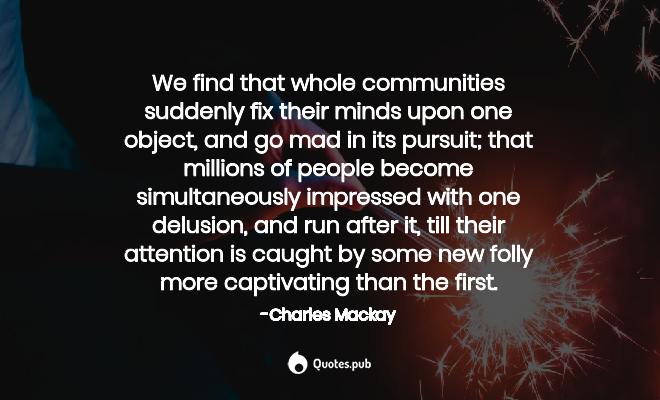 We find that whole communities suddenly fix their minds upon one object, and go mad in its pursuit; that millions of people become simultaneously impressed with one delusion, and run after it, till their attention is caught by some new folly more captivating than the first.