Currently, “minority” students represent a majority in all but two of our twenty-five largest cities, and by some estimates, the turn of the century will find up to 40 percent nonwhite children in American classrooms. At the same time, the teaching force is becoming more homogeneously white. African-American, Asian, Hispanic, and Native American teachers now comprise only 10 percent of the teaching force, and that percentage is shrinking rapidly.

Topics : Other People's Children: Cultural Conflict in the Classroom Quotes 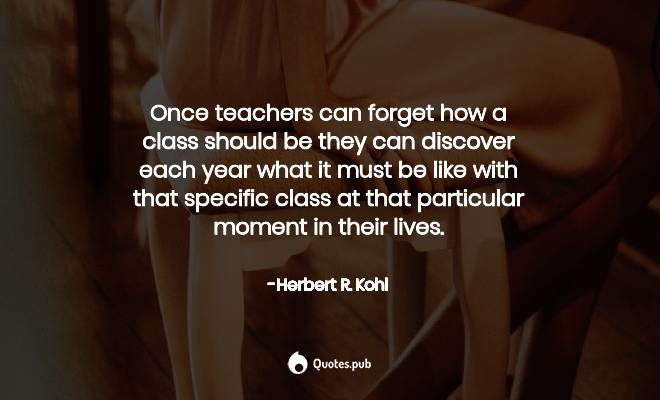 Once teachers can forget how a class should be they can discover each year what it must be like with that specific class at that particular moment in their lives.

Download
We do not really see through our eyes or hear through our ears, but through our beliefs. To put our beliefs on hold is to cease to exist as ourselves for a moment - and that is not easy. It is painful as well, because it means turning yourself inside out, giving up your own sense of w . . . Read more

It is vitally important that non-minority educators realize that there is another voice, another reality; that many of the teachers whom they seek to reach have been able to conquer the educational system because they received the kind of instruction that their white progressive colle . . . Read more 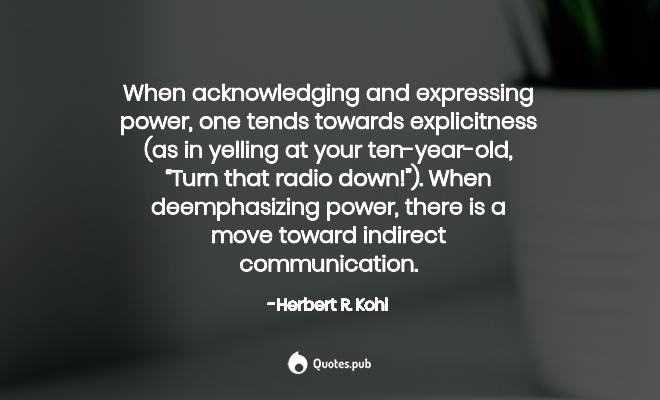 When acknowledging and expressing power, one tends towards explicitness (as in yelling at your ten-year-old, “Turn that radio down!”). When deemphasizing power, there is a move toward indirect communication.

Download
I do not demand, as one white academic said, that children of color give up what they are to become something else. Nor do I, as he continued, “reject the concept that liberation for poor kids and linguistic minorities starts with accepting their culture and language and helping the . . . Read more 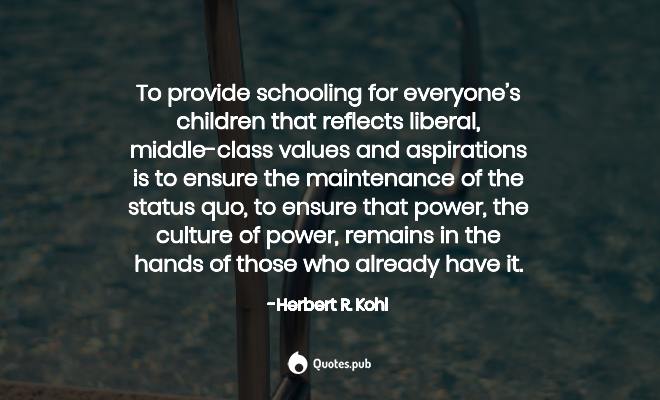 To provide schooling for everyone’s children that reflects liberal, middle-class values and aspirations is to ensure the maintenance of the status quo, to ensure that power, the culture of power, remains in the hands of those who already have it. 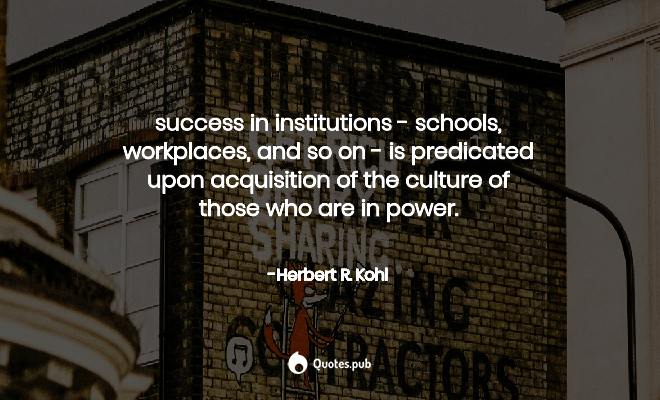 success in institutions - schools, workplaces, and so on - is predicated upon acquisition of the culture of those who are in power. 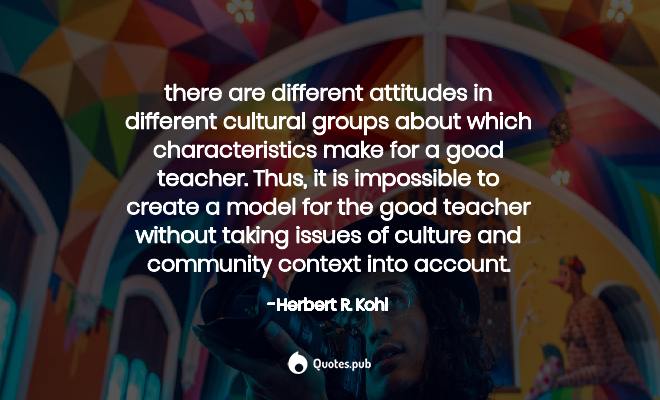 there are different attitudes in different cultural groups about which characteristics make for a good teacher. Thus, it is impossible to create a model for the good teacher without taking issues of culture and community context into account.