Carter stretched his arm out and relaxed into the softness of his own bed a moment before a scream three inches from his ear frightened him out of a few years of his life. He was up, fumbling for matches as the scream came again, echoing off the walls. It didn’t occur to him that he was totally nude until after the match flickered to light. Bailee stared at him with huge frightened eyes, and he stared back until the match burned his finger. They were in blackness once more. Silence. He listened. She didn’t even breathe. “I’m sorry,” he finally managed to stammer as he reached for his clothes only to find them gone from the peg where they were kept. He stumbled over what might be a rug where no rug had ever been before and opened the top drawer of his dresser. Lace and silk greeted his touch, not cotton as he’d expected. He pulled open the second drawer. The same. At the third drawer he decided he must have somehow crossed through the wrong passage. This wasn’t his home. Nothing was in the right place. Trousers flew from nowhere and slapped him across the face. ”Thank you,” he mumbled as he untangled them from around his neck. “You’re welcome,” came a whisper from the blackness. When trees burn, they leave the smell of heartbreak in the air. 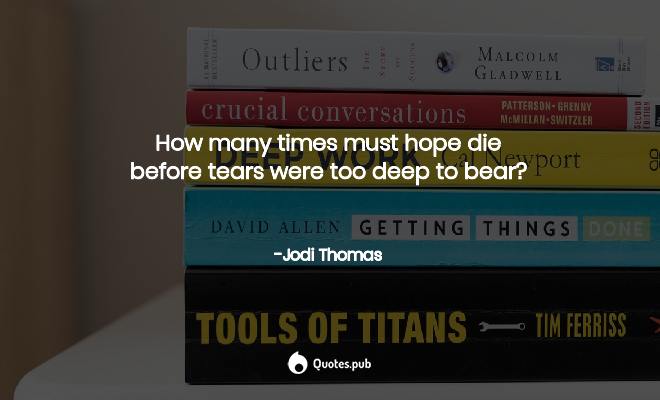 How many times must hope die before tears were too deep to bear? 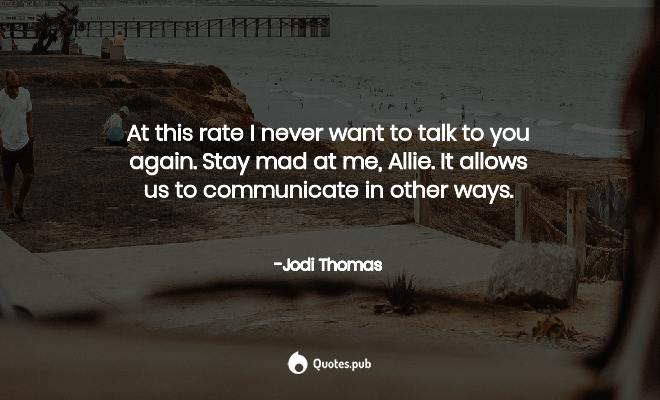 At this rate I never want to talk to you again. Stay mad at me, Allie. It allows us to communicate in other ways. 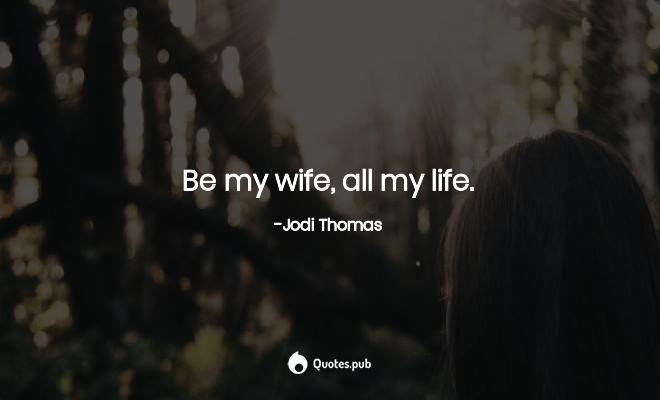 Be my wife, all my life. 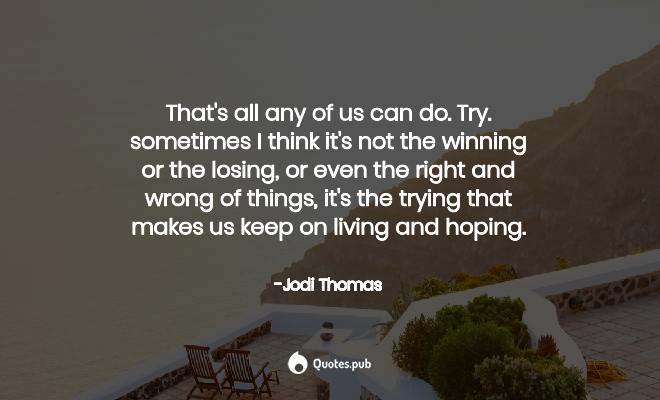 That's all any of us can do. Try. sometimes I think it's not the winning or the losing, or even the right and wrong of things, it's the trying that makes us keep on living and hoping. You go to school everyday. Folks who think they've learned everything they need to know are usually dumber than chickens. 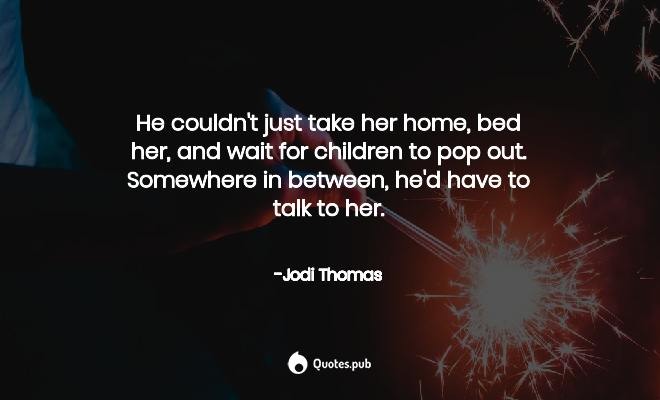 He couldn't just take her home, bed her, and wait for children to pop out. Somewhere in between, he'd have to talk to her. Carter placed her fingers over his hand and signed a single sign.“I love you too,” she answered.“How did you know what I said?” He moved his fingers along her arm trying to convince himself she was truly with him. “I listened with my heart.” Her gaze locked with his.