But those men who know anything at all about the Light also know that there is a fierceness to its power, like the bare sword of the law, or the white burning of the sun." Suddenly his voice sounded to Will very strong, and very Welsh. "At the very heart, that is. Other things, like humanity, and mercy, and charity, that most good men hold more precious than all else, they do not come first for the Light. Oh, sometimes they are there; often, indeed. But in the very long run the concern of you people is with the absolute good, ahead of all else. You are like fanatics. Your masters, at any rate. Like the old Crusaders -- oh, like certain groups in every belief, though this is not a matter of religion, of course. At the centre of the Light there is a cold white flame, just as at the centre of the Dark there is a great black pit bottomless as the Universe." His warm, deep voice ended, and there was only the roar of the engine. Will looked out over the grey-misted fields, silent. "There was a great long speech, now," John Rowlands said awkwardly. "But I was only saying, be careful not to forget that there are people in this valley who can be hurt, even in the pursuit of good ends.

On the day of the dead, when the year too dies,Must the youngest open the oldest hillsThrough the door of the birds, where the breeze breaks.There fire shall fly from the raven boy,And the silver eyes that see the wind,And the light shall have the harp of gold. . . . Read more

When the Dark comes rising six shall turn it back;Three from the circle, three from the track;Wood, bronze, iron; Water, fire, stone;Five will return and one go alone.Iron for the birthday; bronze carried long;Wood from the burning; stone out of song;Fire i . . . Read more 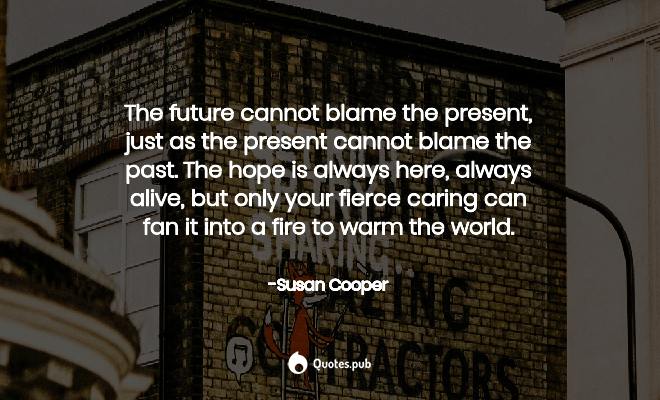 Download
For ever and ever, we say when we are young, or in our prayers. Twice, we say it. Old One, do we not? For ever and ever ... so that a thing may be for ever, a life or a love or a quest, and yet begin again, and be for ever just as before. And any ending that may seem to come is not tr . . . Read more

Once upon a time... a long time ago... things that happened once perhaps but have been talked about for so long that nobody really knows. And underneath all the bits that people have added the magic swords and lamps they're all about one thing - the good hero fighting the giant or the . . . Read more

For remember, that it is altogether your world now. You and all the rest. We have delivered you from evil, but the evil that is inside men is at the last a matter for men to control. The responsibility and the hope and the promise are in your hands-your hands and the hands of all men . . . Read more 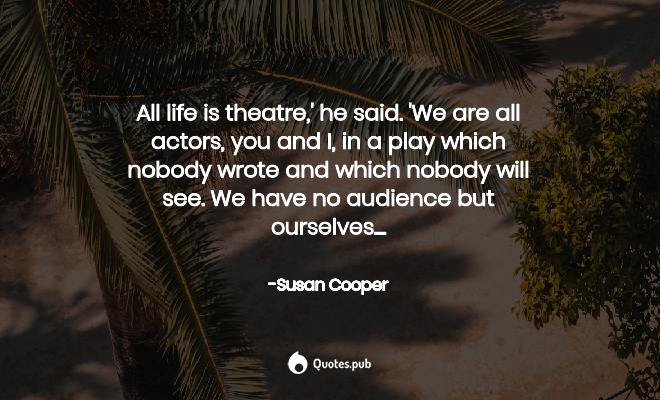 All life is theatre,' he said. 'We are all actors, you and I, in a play which nobody wrote and which nobody will see. We have no audience but ourselves.... 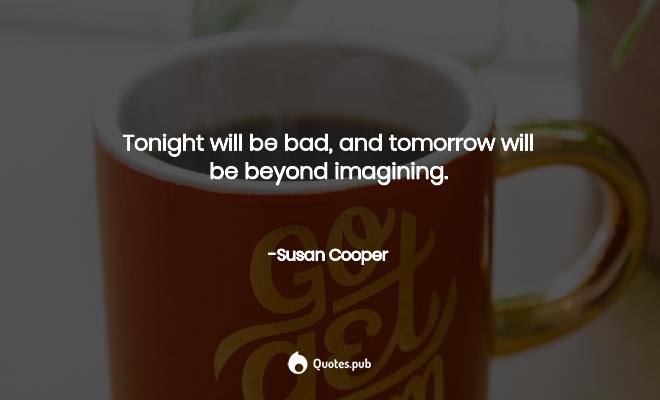 Tonight will be bad, and tomorrow will be beyond imagining.