British prime minister William Gladstone summed up the West’s opinion of “the Turk”: Let me endeavor very briefly to sketch, in the rudest outline, what the Turkish race was and what it is. It is not a question of Mahometanism simply, but of Mahometanism compounded with the peculiar character of a race. They are not the mild Mahometans of India, nor the chivalrous Saladins of Syria, nor the cultured Moors of Spain. They were, upon the whole, from the black day when they first entered Europe, the one great anti-human specimen of humanity. Wherever they went, a broad line of blood marked the track behind them; and, as far as their dominion reached, civilisation disappeared from view. 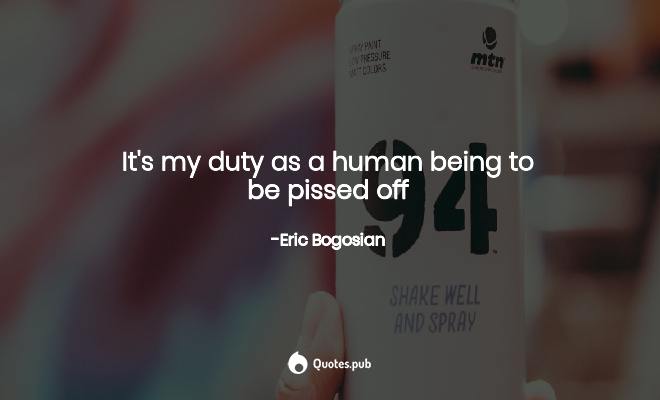 It's my duty as a human being to be pissed off 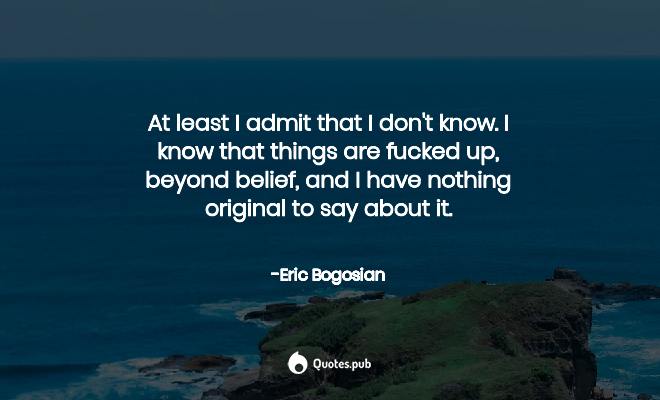 At least I admit that I don't know. I know that things are fucked up, beyond belief, and I have nothing original to say about it.

Download
There is a larger lesson here, because the book encompasses not just the lives of prisoners in a Soviet prison camp, but every one of us. Shukhov squeezes everything he can out of a mouthful of soup or a bite of bread…So frozen that he can’t even feel his feet, he trowels cement a . . . Read more

I mean, what kind of literature do you think ants would make if they could read? Not F. Scott Fuckin’ Fitzgerald, not Joyce or D-D—D-Dostoyevsky, not even friggin’ Steinbeck. Wouldn’t make any sense to ’em. You ever read Nabokov’s Lolita? Best book of the twentieth century . . . Read more

Jeff: I'm saying I don't need a limousine to know who I am, alright?Tim: Right on. You know what? He doesn't need to limo, man.Jeff: I mean, you know, at least I admit I don't know. I know that things are fucked up beyond belief and I know that I have nothing original . . . Read more 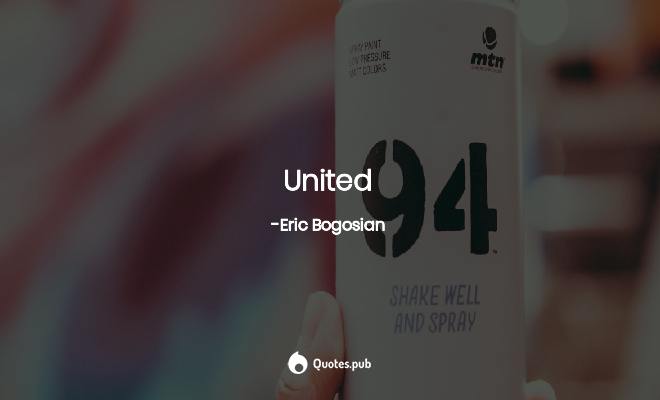 Download
When the West overpowered native populations, these actions, no matter how violent, were rationalized as manifestations of the natural order of things. “Manifest destiny” and “social Darwinism” laid the foundation for violent improvement of the world. Europeans saw themselves . . . Read more 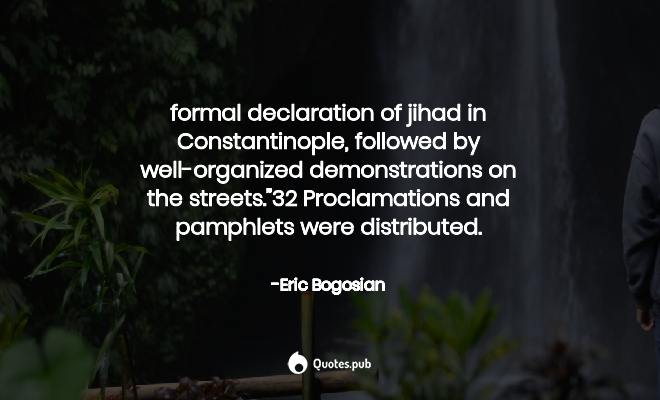 formal declaration of jihad in Constantinople, followed by well-organized demonstrations on the streets.”32 Proclamations and pamphlets were distributed.