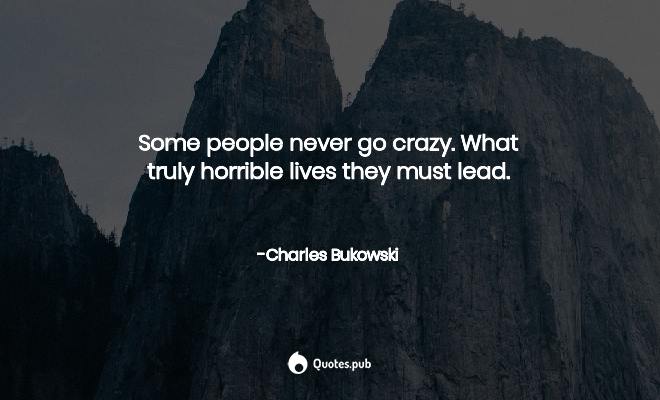 Some people never go crazy. What truly horrible lives they must lead. 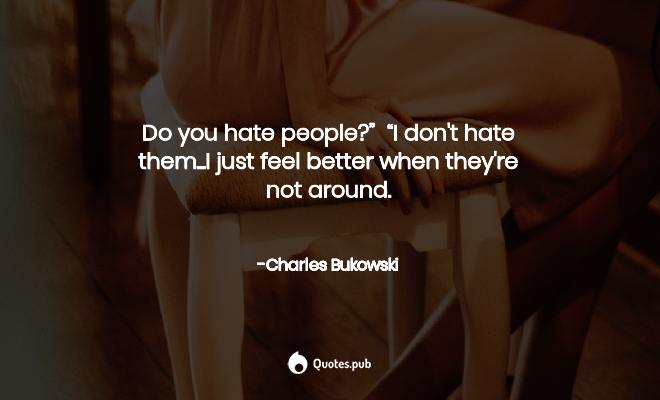 Do you hate people?”“I don't hate them...I just feel better when they're not around.

Download
For those who believe in God, most of the big questions are answered. But for those of us who can't readily accept the God formula, the big answers don't remain stone-written. We adjust to new conditions and discoveries. We are pliable. Love need not be a command nor faith a dictum. I . . . Read more

Sometimes you climb out of bed in the morning and you think, I'm not going to make it, but you laugh inside — remembering all the times you've felt that way. 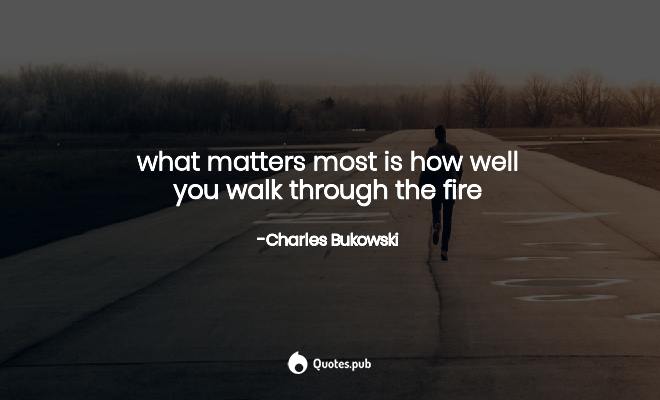 what matters most is how well you walk through the fire