At the same time, minor failings or incidental impropriety may, he feels, be interpreted as a direct expression of his stigmatized differentness. Ex-mental patients, for example, are sometimes afraid to engage in sharp interchanges with spouse or employer because of what a show of emotion might be taken as a sign of. Mental defectives face a similar contingency:   It also happens that if a person of low intellectual ability gets into some sort of trouble the difficulty is more or less automatically attributed to “mental defect” whereas if a person of “normal intelligence” gets into a similar difficulty, it is not regarded as symptomatic of anything in particular.31

Topics : Stigma: Notes on the Management of Spoiled Identity Quotes 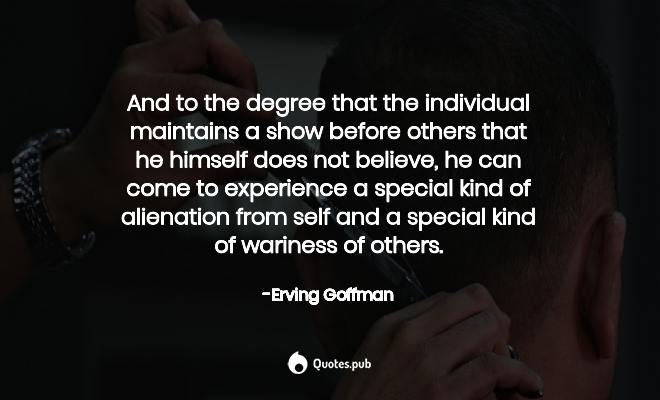 And to the degree that the individual maintains a show before others that he himself does not believe, he can come to experience a special kind of alienation from self and a special kind of wariness of others. 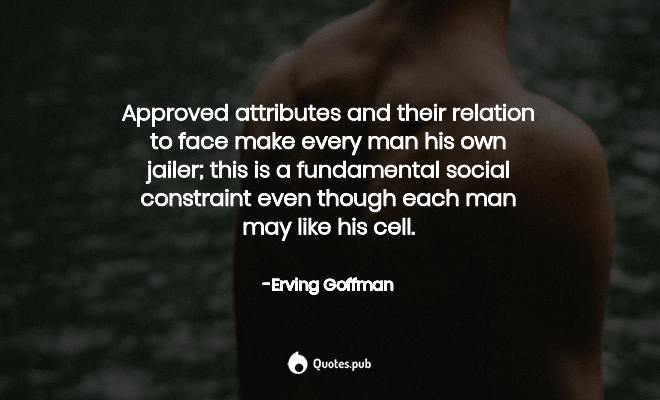 Approved attributes and their relation to face make every man his own jailer; this is a fundamental social constraint even though each man may like his cell.

Download
The stigmatized individual is asked to act so as to imply neither that his burden is heavy nor that bearing it has made him different from us; at the same time he must keep himself at that remove from us which assures our painlessly being able to confirm this belief about him. Put dif . . . Read more 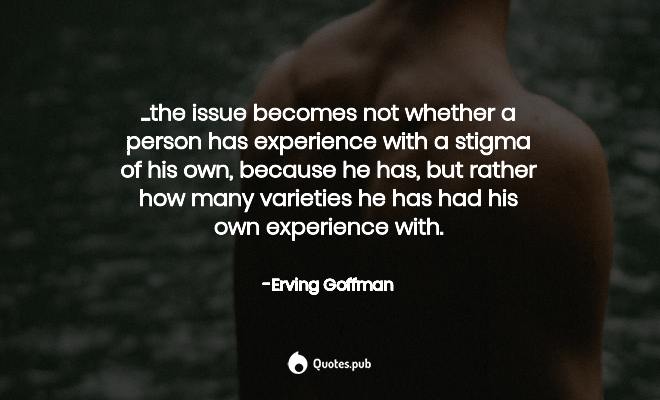 ...the issue becomes not whether a person has experience with a stigma of his own, because he has, but rather how many varieties he has had his own experience with.

Download
When an individual becomes over-involved in a topic of conversation, others are drawn from the talk to the talker. One man's eagerness is another man's alienation. Readiness to become over-involved is a form of tyranny practiced by children, prima donnas and lords, placing feelings ab . . . Read more

Perhaps the individual is so viable a god because he can actually understand the ceremonial significance of the way he is treated, and quite on his own can respond dramatically to what is proffered him. In contacts between such deities there is no need for middlemen; each of these god . . . Read more