As ingenious as this explanation is, it seems to me to miss entirely the emotional significance of the text- its beautiful and beautifully economical evocation of certain difficult feelings that most ordinary people, at least, are all too familiar with: searing regret for the past we must abandon, tragic longing for what must be left behind. (...) Still, perhaps that's the pagan, the Hellenist in me talking. (Rabbi Friedman, by contrast, cannot bring himself even to contemplate that what the people of Sodom intend to do to the two male angels, as they crowd around Lot's house at the beginning of the narrative, is to rape them, and interpretation blandly accepted by Rashi, who blithely points out thta if the Sodomites hadn't wanted sexual pleasure from the angels, Lot wouldn't have suggested, as he rather startingly does, that the Sodomites take his two daughter as subsitutes. But then, Rashi was French.) It is this temperamental failure to understand Sodom in its own context, as an ancient metropolis of the Near East, as a site of sophisticated, even decadent delights and hyper-civilized beauties, that results in the commentator's inability to see the true meaning of the two crucial elements of this story: the angel's command to Lot's family not to turn and look back at the city they are fleeing, and the transformation of Lot's wife into a pillar of salt. For if you see Sodom as beautiful -which it will seem to be all the more so, no doubt, for having to be abandoned and lost forever, precisely the way in which, say, relatives who are dead are always somehow more beautiful and good than those who still live- then it seems clear that Lot and his family are commanded not to look back at it not as a punishment, but for a practical reason: because regret for what we have lost, for the pasts we have to abandon, often poisons any attempts to make a new life, which is what Lot and his family now must do, as Noah and his family once had to do, as indeed all those who survive awful annihilations must somehow do. This explanation, in turn, helps explain the form that the punishment of Lot's wife took- if indeed it was a punishment to begin with, which I personally do not believe it was, since to me it seems far more like a natural process, the inevitable outcome of her character. For those who are compelled by their natures always to be looking back at what has been, rather than forward into the future, the great danger is tears, the unstoppable weeping that the Greeks, if not the author of Genesis, knew was not only a pain but a narcotic pleasure, too: a mournful contemplation so flawless, so crystalline, that it can, in the end, immobilize you.

Topics : The Lost: A Search for Six of Six Million Quotes 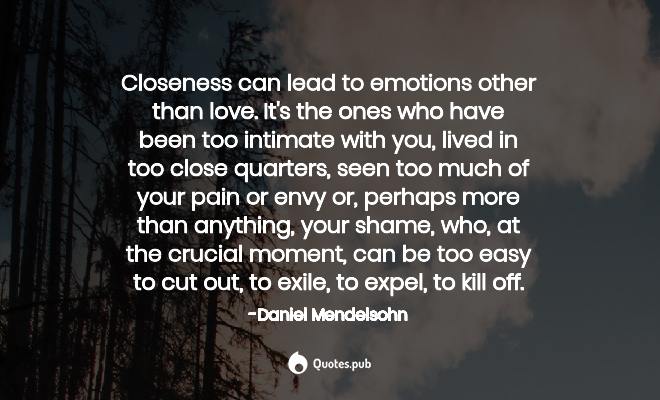 Closeness can lead to emotions other than love. It's the ones who have been too intimate with you, lived in too close quarters, seen too much of your pain or envy or, perhaps more than anything, your shame, who, at the crucial moment, can be too easy to cut out, to exile, to expel, to kill off. 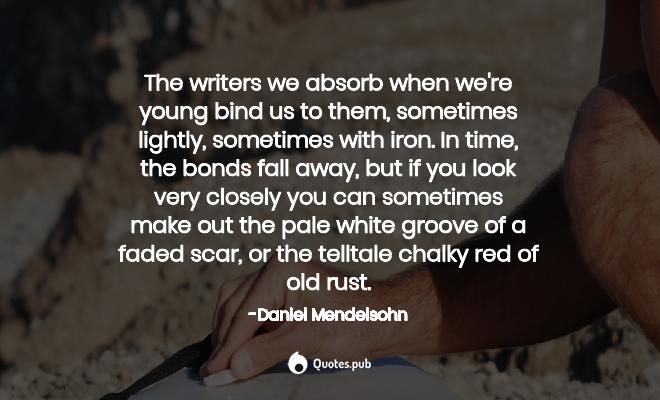 The writers we absorb when we're young bind us to them, sometimes lightly, sometimes with iron. In time, the bonds fall away, but if you look very closely you can sometimes make out the pale white groove of a faded scar, or the telltale chalky red of old rust.

Download
For (strange as it may sound to many people, who tend to think of critics as being motivated by the lower emotions: envy, disdain, contempt even) critics are, above all, people who are in love with beautiful things, and who worry that those things will get broken. What motivates so ma . . . Read more 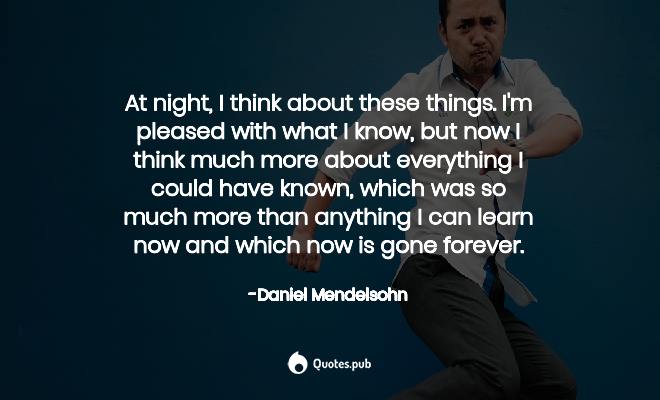 At night, I think about these things. I'm pleased with what I know, but now I think much more about everything I could have known, which was so much more than anything I can learn now and which now is gone forever. 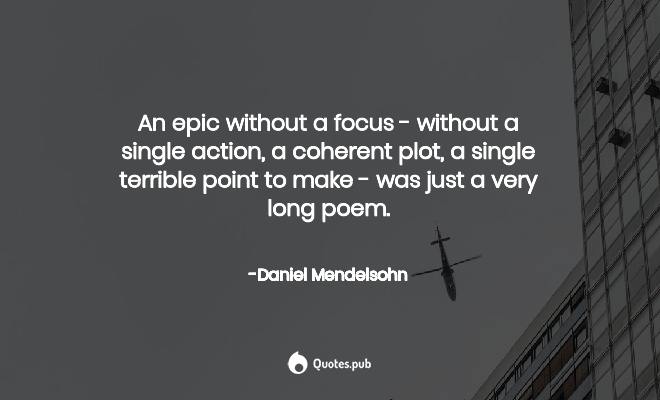 An epic without a focus - without a single action, a coherent plot, a single terrible point to make - was just a very long poem. 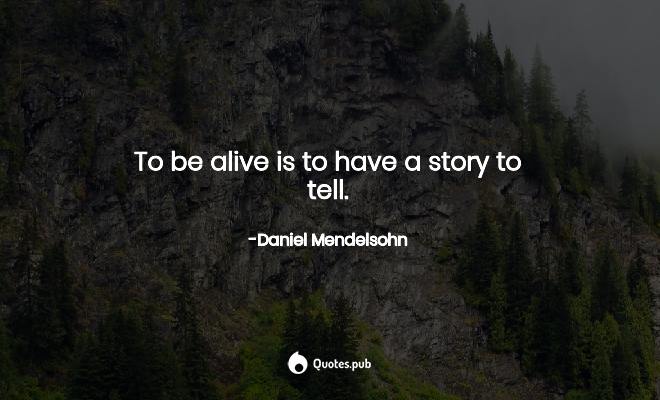 To be alive is to have a story to tell. 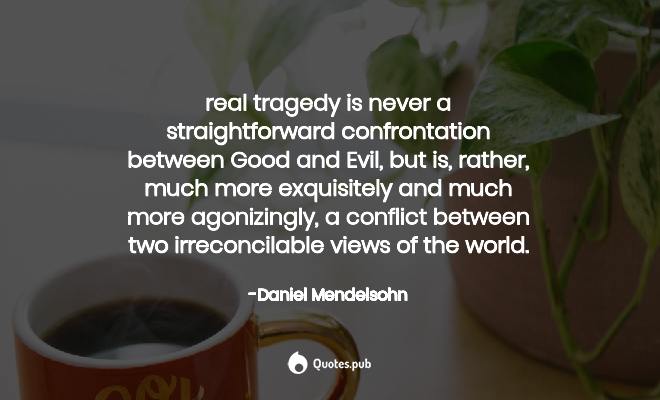 real tragedy is never a straightforward confrontation between Good and Evil, but is, rather, much more exquisitely and much more agonizingly, a conflict between two irreconcilable views of the world. 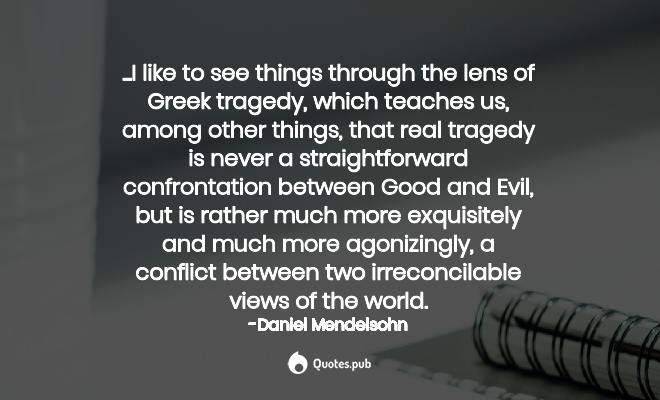 ...I like to see things through the lens of Greek tragedy, which teaches us, among other things, that real tragedy is never a straightforward confrontation between Good and Evil, but is rather much more exquisitely and much more agonizingly, a conflict between two irreconcilable views of the world.