And here it becomes evident that the bourgeoisie is unfit any longer to be the ruling class in society and to impose its conditions of existence upon society as an over-riding law. It is unfit to rule because it is incompetent to assure an existence to its slave within his slavery, because it cannot help letting him sink into such a state that it has to feed him instead of being fed by him. Society can no longer live under this bourgeoisie; in other words, its existence is no longer compatible with society. The essential condition for the existence, and for the sway of the bourgeois class, is the formation and augmentation of capital; the condition for capital is wage-labor. Wage-labor rests exclusively on competition between the laborers. The advance of industry, whose involuntary promoter is the bourgeoisie, replaces the isolation of the laborers, due to competition, by their revolutionary combination, due to association. The development of modern industry, therefore, cuts from under its feet the very foundation on which the bourgeoisie produces and appropriates products. What the bourgeoisie therefore produces, above all, are its own grave diggers. Its fall and the victory of the proletariat are equally inevitable. 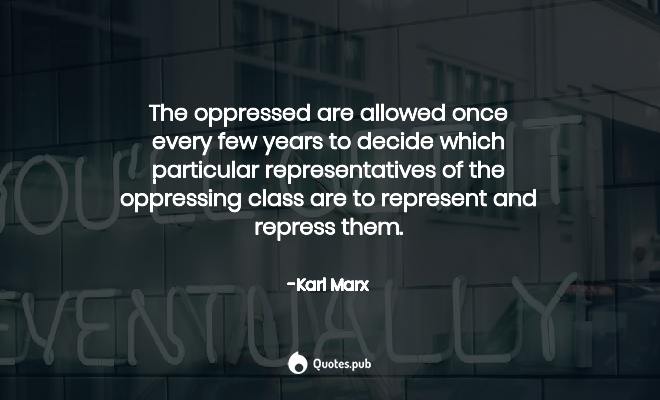 The oppressed are allowed once every few years to decide which particular representatives of the oppressing class are to represent and repress them. 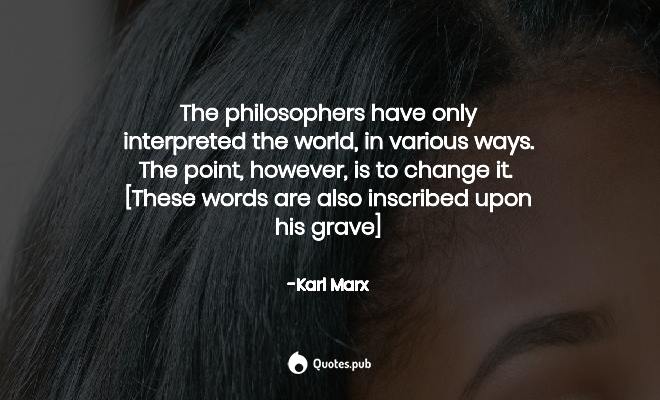 The philosophers have only interpreted the world, in various ways. The point, however, is to change it.[These words are also inscribed upon his grave]

Download
The foundation of irreligious criticism is: Man makes religion, religion does not make man. Religion is, indeed, the self-consciousness and self-esteem of man who has either not yet won through to himself, or has already lost himself again. But man is no abstract being squatting outsi . . . Read more 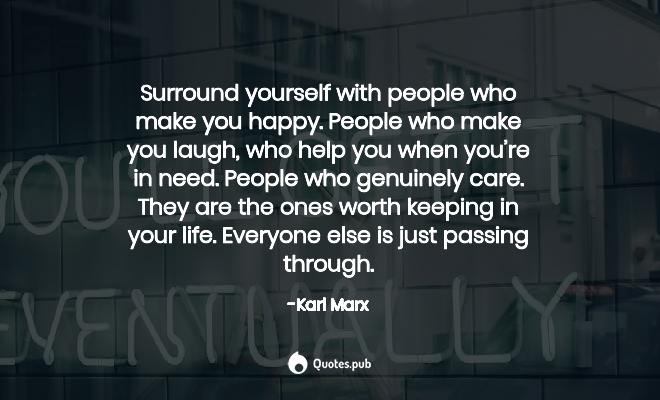 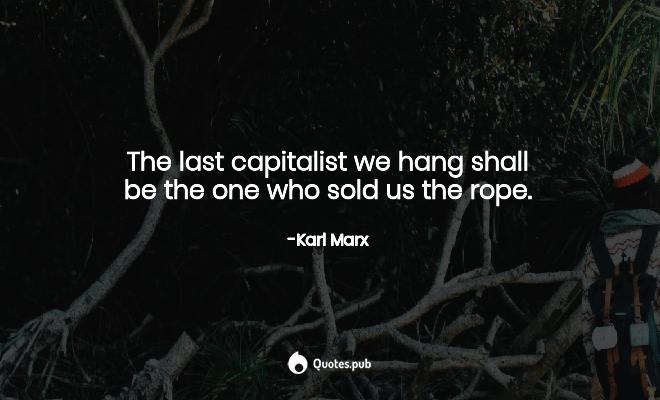 The last capitalist we hang shall be the one who sold us the rope.

Download
A specter is haunting Europe—the specter of Communism. All the powers of old Europe have entered into a holy alliance to exorcise this specter; Pope and Czar, Metternich and Guizot, French radicals and German police spies.Where is the party in opposition that has not been de . . . Read more