Although I was never a candidate, I learned a lot from all the presidential talk. Shortly after the whole business began, I was having a conversation with a guy in advertising. He said something interesting: “I’ve decided why everybody talks about you as a presidential candidate. It’s very simple. They don’t believe anybody anymore. You talk to them and you make them believe that you stand for something and then you pursue it. You don’t bullshit them, and the American public has been bullshitted too often. 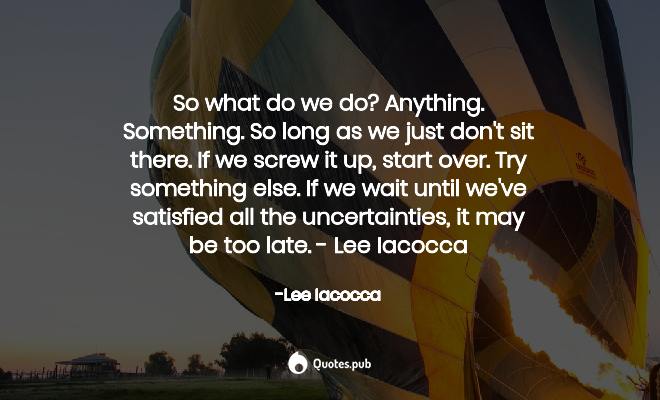 So what do we do? Anything. Something. So long as we just don't sit there. If we screw it up, start over. Try something else. If we wait until we've satisfied all the uncertainties, it may be too late. - Lee Iacocca 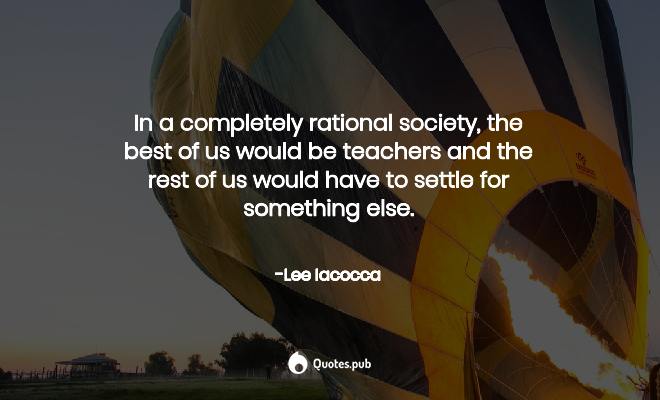 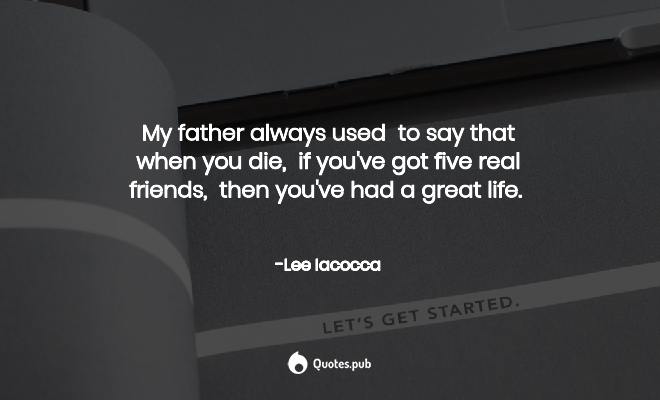 My father always used to say that when you die, if you've got five real friends, then you've had a great life. 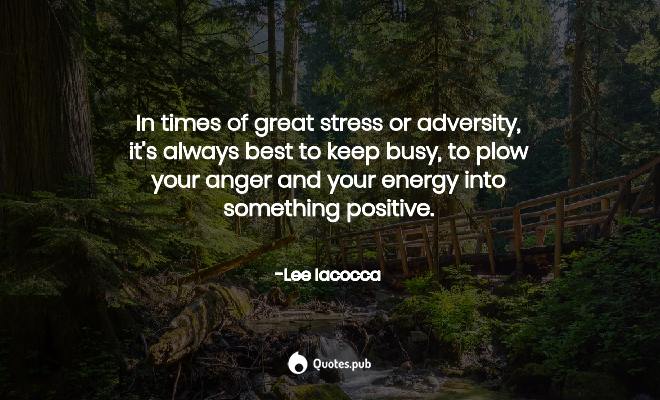 In times of great stress or adversity, it’s always best to keep busy, to plow your anger and your energy into something positive. 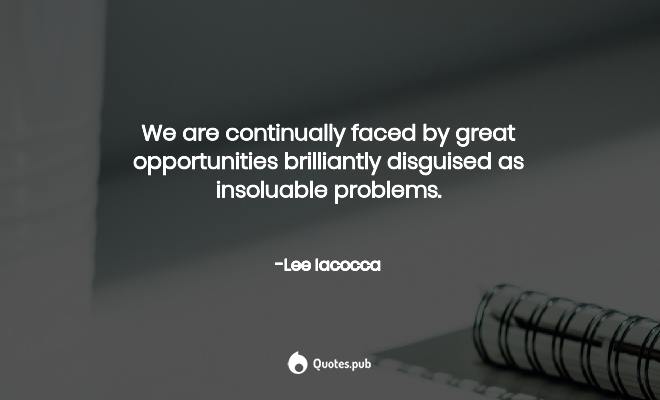 We are continually faced by great opportunities brilliantly disguised as insoluable problems. 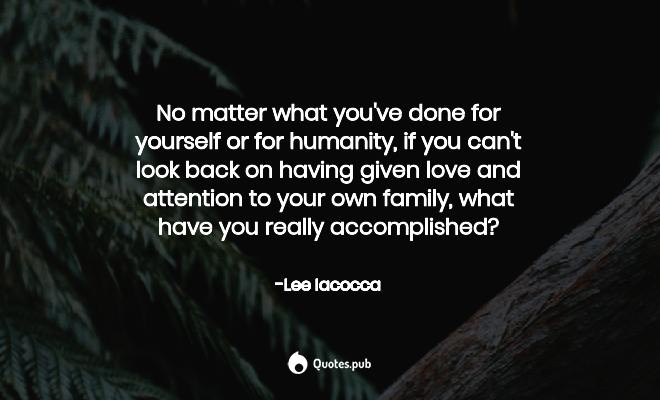 No matter what you've done for yourself or for humanity, if you can't look back on having given love and attention to your own family, what have you really accomplished?