Alfred Russel Wallace, the codiscoverer of the theory of natural selection. Following their twin announcements of the theory in 1858, both Darwin and Wallace struggled like Laocoöns with the serpentine problem of human evolution and its encoiling difficulty of consciousness. But where Darwin clouded the problem with his own naivete, seeing only continuity in evolution, Wallace could not do so.

Topics : The Origin of Consciousness in the Breakdown of the Bicameral Mind Quotes 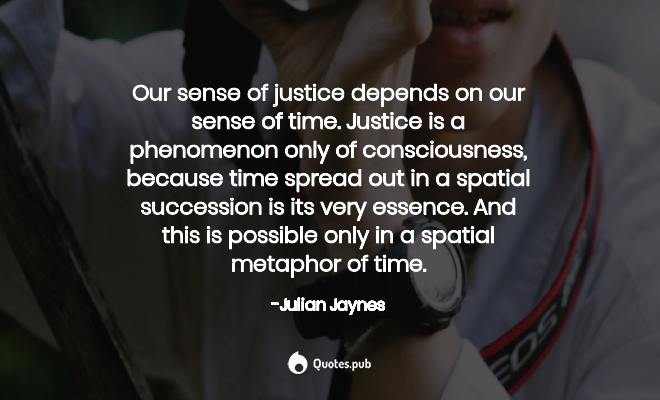 Our sense of justice depends on our sense of time. Justice is a phenomenon only of consciousness, because time spread out in a spatial succession is its very essence. And this is possible only in a spatial metaphor of time.

Download
O, what a world of unseen visions and heard silences, this insubstantial country of the mind! What ineffable essences, these touchless rememberings and unshowable reveries! And the privacy of it all! A secret theater of speechless monologue and prevenient counsel, an invisible mansion . . . Read more 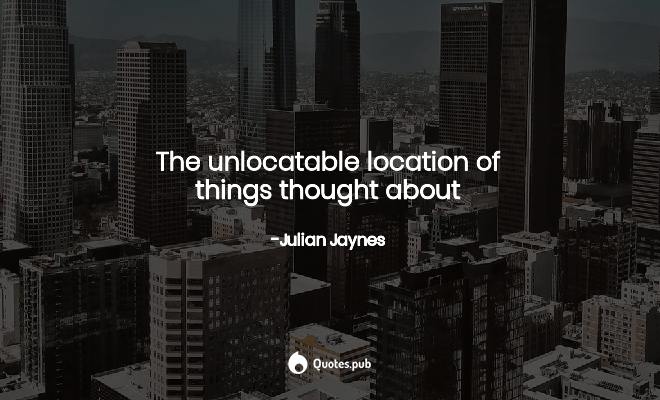 The unlocatable location of things thought about 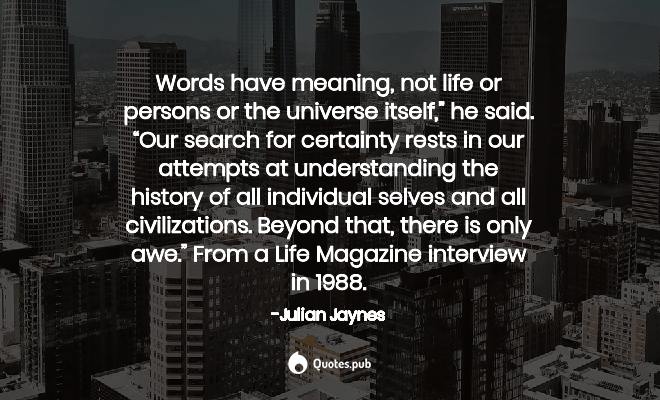 Words have meaning, not life or persons or the universe itself,” he said. “Our search for certainty rests in our attempts at understanding the history of all individual selves and all civilizations. Beyond that, there is only awe.” From a Life Magazine interview in 1988. 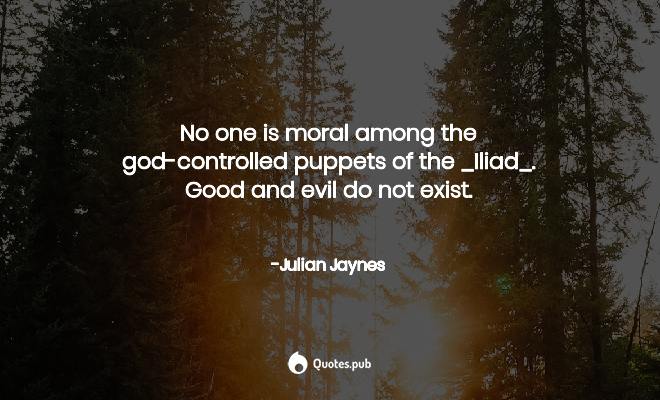 No one is moral among the god-controlled puppets of the _Iliad_. Good and evil do not exist. 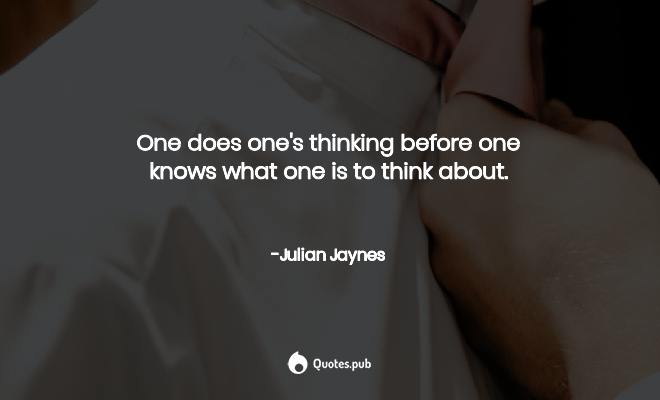 One does one's thinking before one knows what one is to think about. 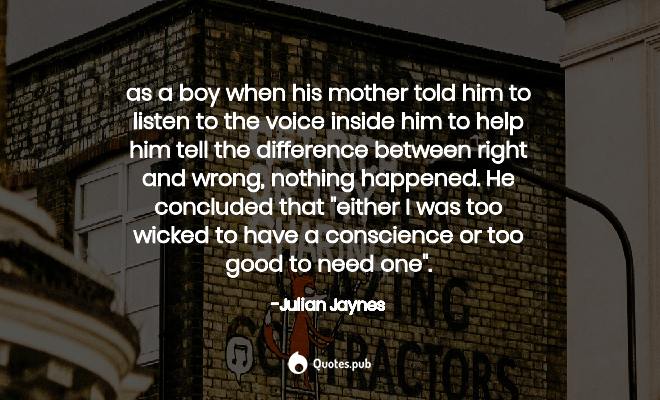 as a boy when his mother told him to listen to the voice inside him to help him tell the difference between right and wrong, nothing happened. He concluded that "either I was too wicked to have a conscience or too good to need one". 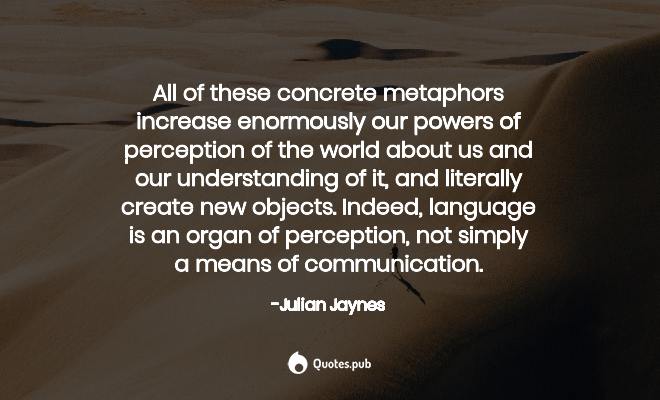 All of these concrete metaphors increase enormously our powers of perception of the world about us and our understanding of it, and literally create new objects. Indeed, language is an organ of perception, not simply a means of communication.