Adelia began to get cross. Why was it women who were to blame for everything—everything, from the Fall of Man to these blasted hedges? “We are not in a labyrinth, my lord,” she said clearly. “Where are we, then?” “It’s a maze.” “Same difference.” Puffing at the horse: “Get back, you great cow.” “No, it isn’t. A labyrinth has only one path and you merely have to follow it. It’s a symbol of life or, rather, of life and death. Labyrinths twist and turn, but they have a beginning and an end, through darkness into light.” Softening, and hoping that he would, too, she added, “Like Ariadne’s. Rather beautiful, really.” “I don’t want mythology, mistress, beautiful or not, I want to get to that sodding tower. What’s a maze when it’s at home?” “It’s a trick. A trick to confuse. To amaze.” “And I suppose Mistress Clever-boots knows how to get us out?” “I do, actually.” God’s rib, he was sneering at her, sneering. She’d a mind to stay where she was and let him sweat. “Then in the name of Christ, do it.” “Stop bellowing at me,” she yelled at him. “You’re bellowing.” She saw his teeth grit in the pretense of a placatory smile; he always had good teeth. Still did. Between them, he said, “The Bishop of Saint Albans presents his compliments to Mistress Adelia and please to escort him out of this hag’s hole, for the love of God. How will you do it?” “My business.” Be damned if she’d tell him. Women were defenseless enough without revealing their secrets. “I’ll have to take the lead.” She stumped along in front, holding Walt’s mount’s reins in her right hand. In the other was her riding crop, which she trailed with apparent casualness so that it brushed against the hedge on her left. As she went, she chuntered to herself. Lord, how disregarded I am in this damned country. How disregarded all women are. ... Ironically, the lower down the social scale women were, the greater freedom they had; the wives of laborers and craftsmen could work alongside their men—even, sometimes, when they were widowed, take over their husband’s trade. Adelia trudged on. Hag’s hole. Grendel’s mother’s entrails. Why was this dreadful place feminine to the men lost in it? Because it was tunneled? Womb-like? Is this woman’s magic? The great womb? Is that why the Church hates me, hates all women? Because we are the source of all true power? Of life? She supposed that by leading them out of it, she was only confirming that a woman knew its secrets and they did not. Great God, she thought, it isn't a question of hatred. It’s fear. They are frightened of us. And Adelia laughed quietly, sending a suggestion of sound reverberating backward along the tunnel, as if a small pebble was skipping on water, making each man start when it passed him. “What in hell was that?” Walt called back stolidly, “Reckon someone’s laughing at us, master.” “Dear God. 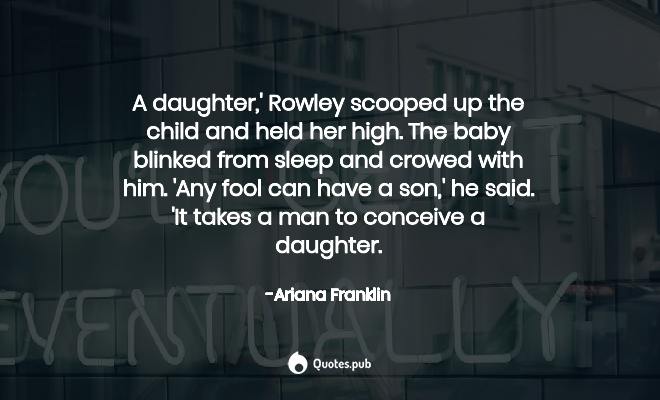 A daughter,' Rowley scooped up the child and held her high. The baby blinked from sleep and crowed with him. 'Any fool can have a son,' he said. 'It takes a man to conceive a daughter. 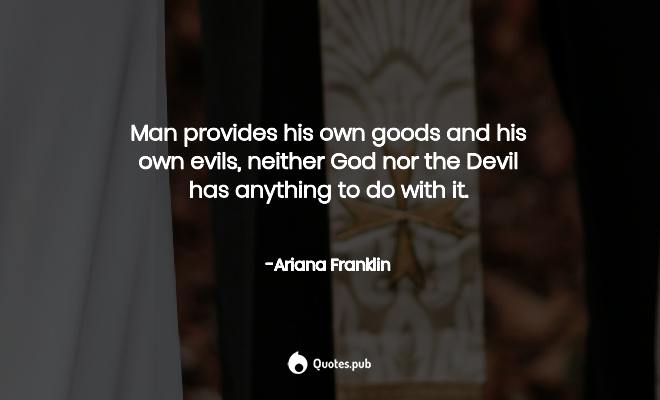 Man provides his own goods and his own evils, neither God nor the Devil has anything to do with it. 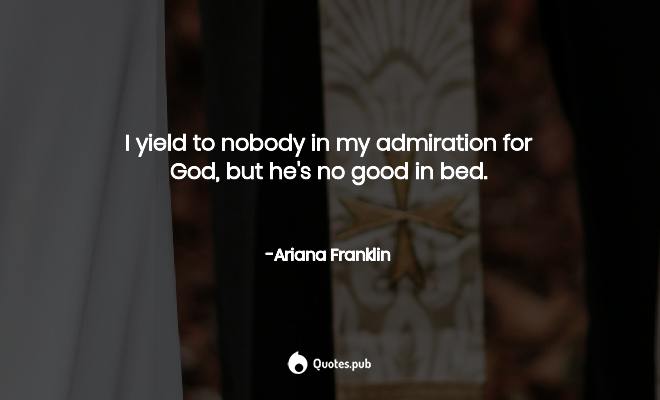 I yield to nobody in my admiration for God, but he's no good in bed. 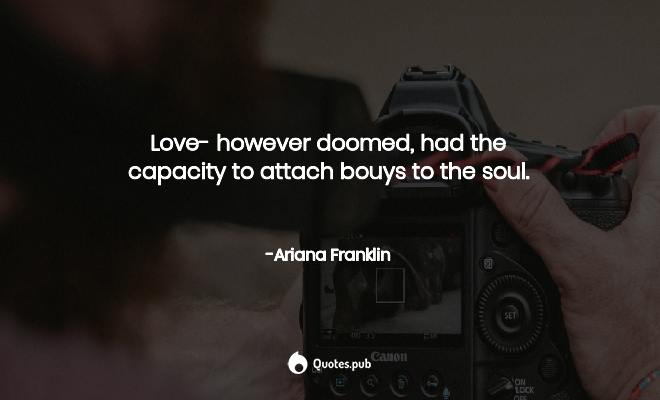 Love- however doomed, had the capacity to attach bouys to the soul. 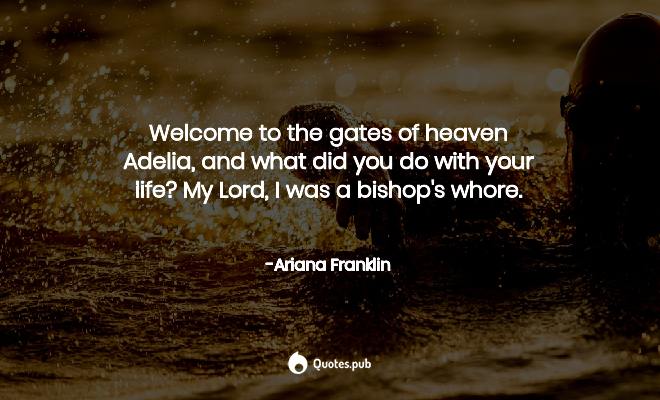 Welcome to the gates of heaven Adelia, and what did you do with your life? My Lord, I was a bishop's whore.

She had a quality he had never known- she WAS quality. 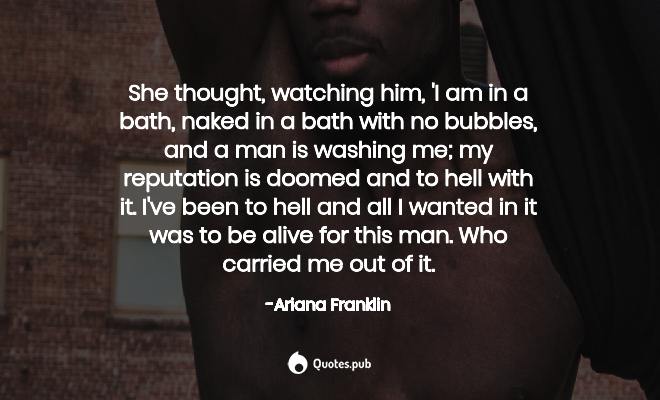 She thought, watching him, 'I am in a bath, naked in a bath with no bubbles, and a man is washing me; my reputation is doomed and to hell with it. I've been to hell and all I wanted in it was to be alive for this man. Who carried me out of it. 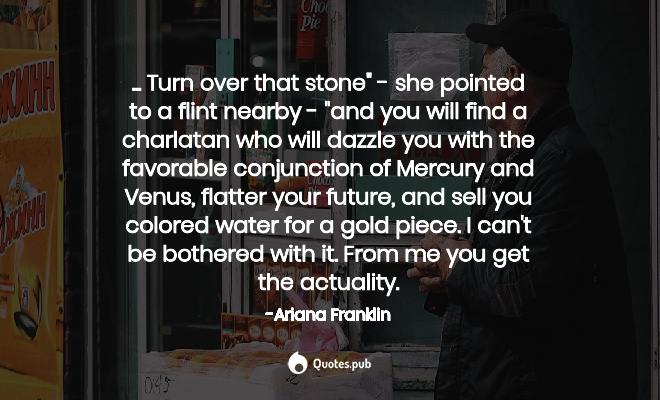 ... Turn over that stone" - she pointed to a flint nearby - "and you will find a charlatan who will dazzle you with the favorable conjunction of Mercury and Venus, flatter your future, and sell you colored water for a gold piece. I can't be bothered with it. From me you get the actuality.