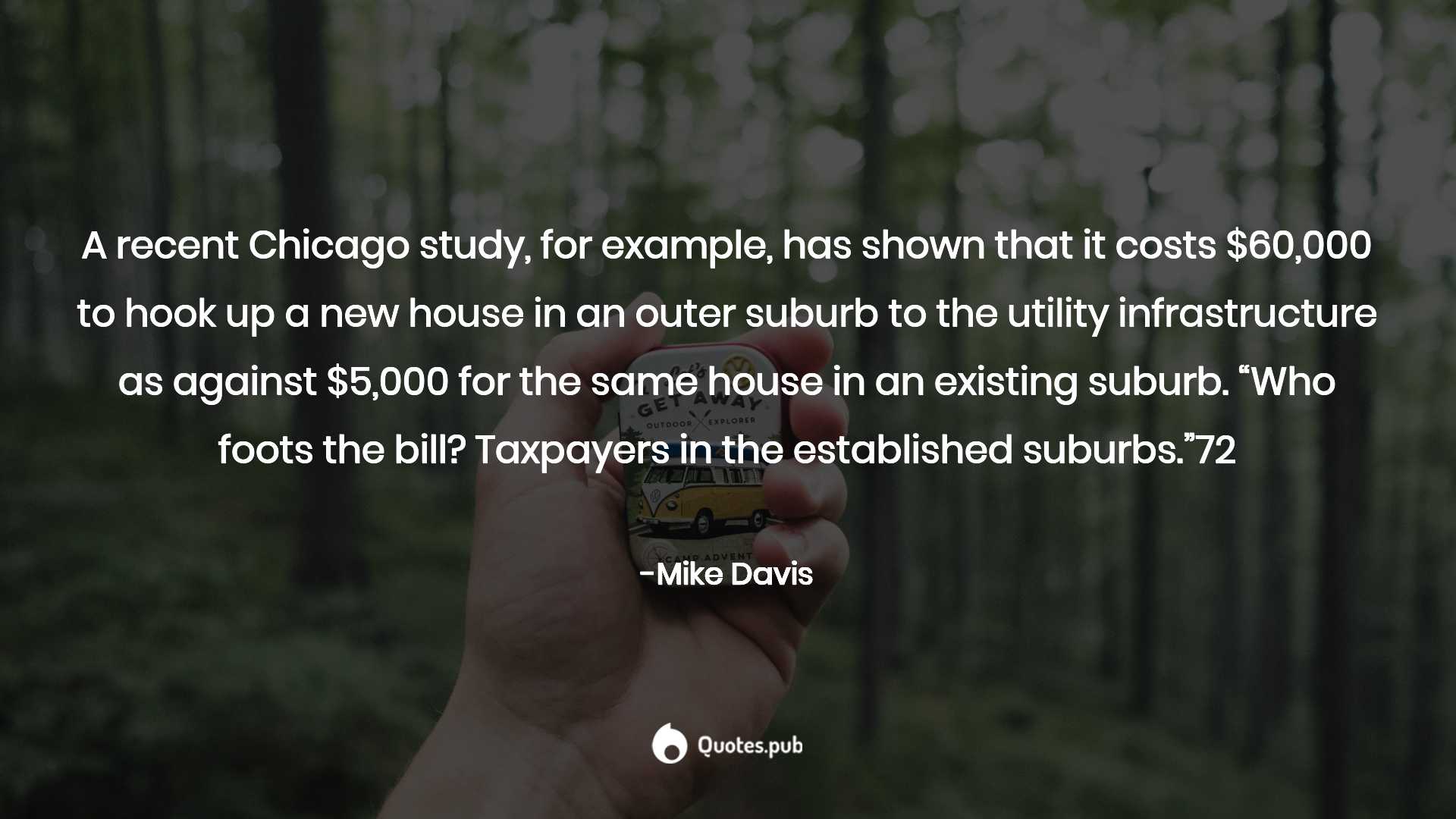 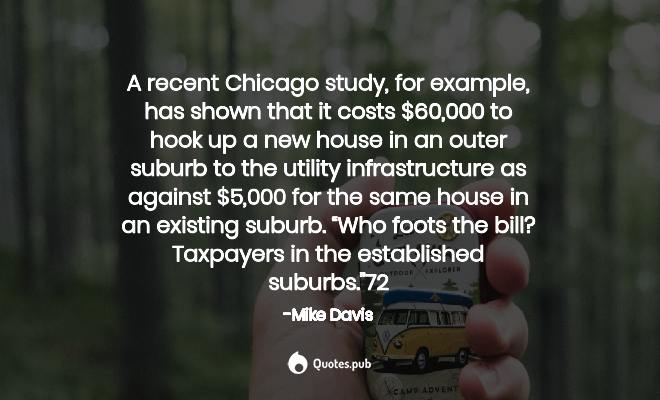 A recent Chicago study, for example, has shown that it costs $60,000 to hook up a new house in an outer suburb to the utility infrastructure as against $5,000 for the same house in an existing suburb. “Who foots the bill? Taxpayers in the established suburbs.”72

Topics : Ecology of Fear: Los Angeles And The Imagination Of Disaster Quotes 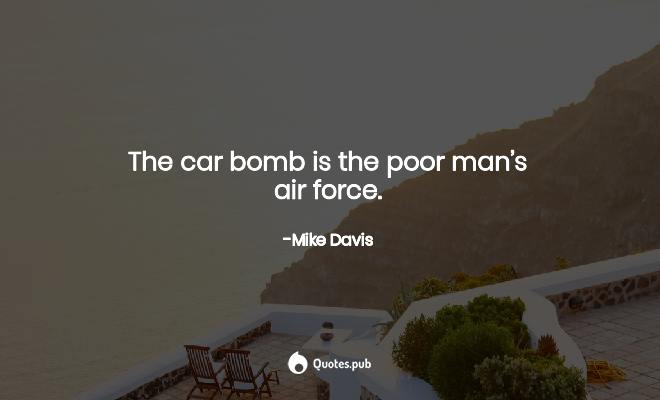 The car bomb is the poor man’s air force. 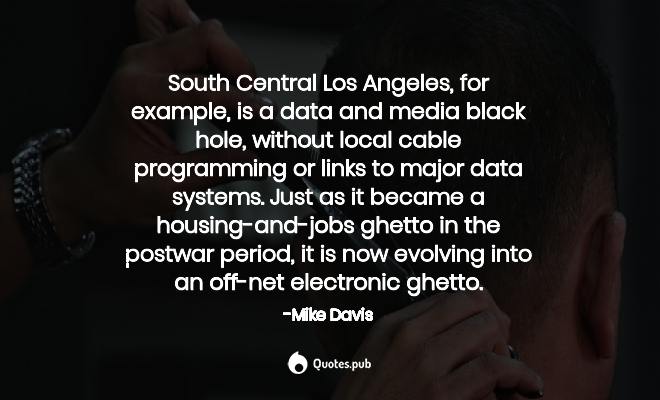 South Central Los Angeles, for example, is a data and media black hole, without local cable programming or links to major data systems. Just as it became a housing-and-jobs ghetto in the postwar period, it is now evolving into an off-net electronic ghetto. 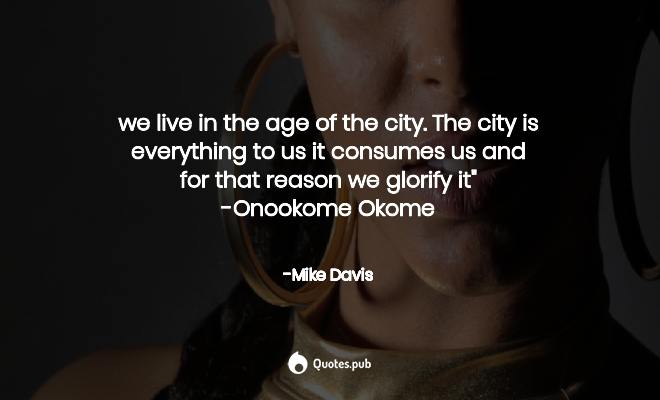 we live in the age of the city. The city is everything to us it consumes us and for that reason we glorify it"-Onookome Okome

Download
Here, one wants to create the Paris of the Far West. Evening traffic on Hollywood Boulevard attempts to mimic Parisian boulevard life. However, life on the Boulevard is extinct before midnight, and the seats in front of the cafes, where in Paris one can watch street life in a leisurel . . . Read more

Despite the wishful thinking of evangelicals impatient for the Rapture or deep ecologists who believe that Gaia would be happiest with a thin sprinkling of hunter-gatherers, megacities like Los Angeles will never simply collapse and disappear. Rather, they will stagger on, with higher . . . Read more 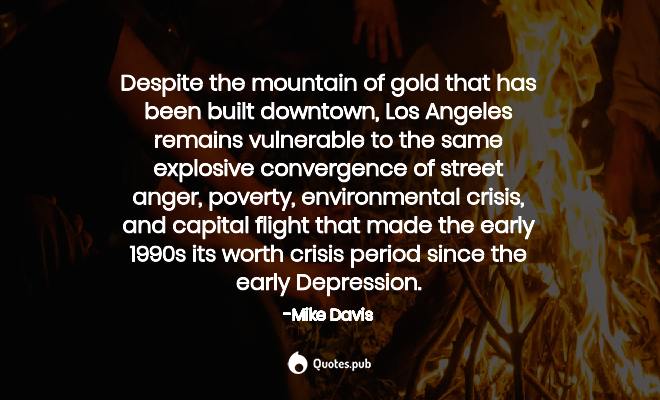 Despite the mountain of gold that has been built downtown, Los Angeles remains vulnerable to the same explosive convergence of street anger, poverty, environmental crisis, and capital flight that made the early 1990s its worth crisis period since the early Depression.

Download
Thus, the cities of the future, rather than being made out of glass and steel as envisioned by earlier generations of urbanists, are instead largely constructed out of crude brick, straw, recycled plastic, cement blocks, and scrap wood. Instead of cities of light soaring toward heaven . . . Read more 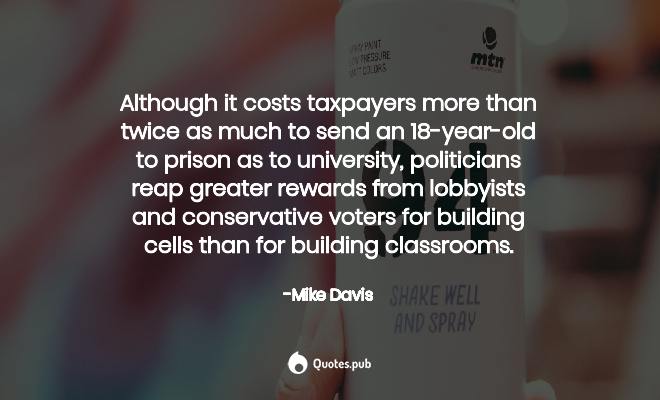 Although it costs taxpayers more than twice as much to send an 18-year-old to prison as to university, politicians reap greater rewards from lobbyists and conservative voters for building cells than for building classrooms.