A Manhattan lawyer who describes himself as "America`s leading expert on the militia movement" writes that he hugged his three-year-old kid the night of the Oklahoma City bombing. He told junior that it happened "because they hated too much" For now, let`s accept the premise that one hundred sixty-eight humans died in Oklahoma City because people "hated too much" Now answer these questions if you would be so kind: did a federal sniper shoot Vicki Weaver in the face because he hated too much? Did our government conduct the Tuskegee with syphilis on black soldiers because it hated too much? 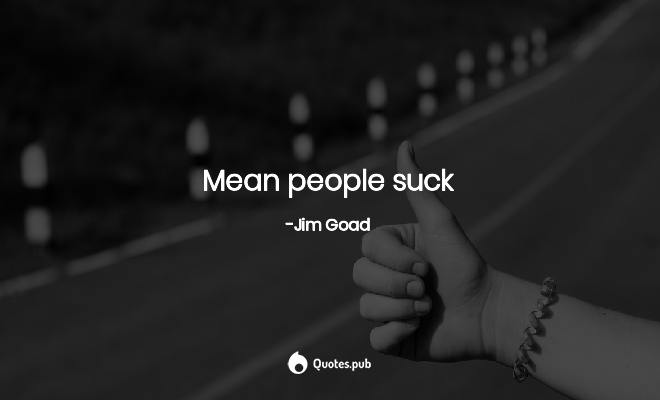 Download
[The militia experts] accuse antigoverment agitants of paranoia, yet they spin around and claim that militias speak in coded phrases, have underground bunkers, and are secretly conspiring to take over the world and enslave minorities. They say it`s lunacy that men at the pentagon can . . . Read more 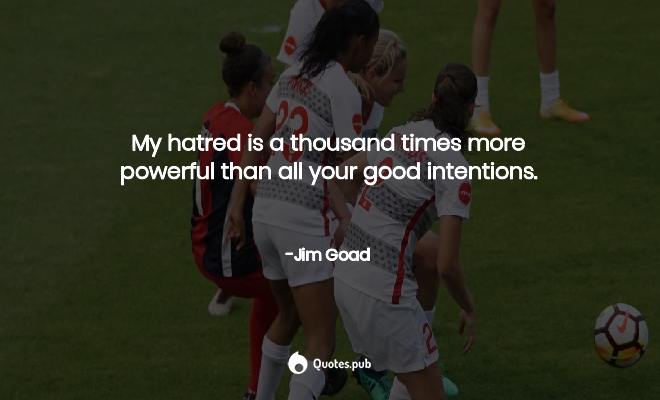 My hatred is a thousand times more powerful than all your good intentions. 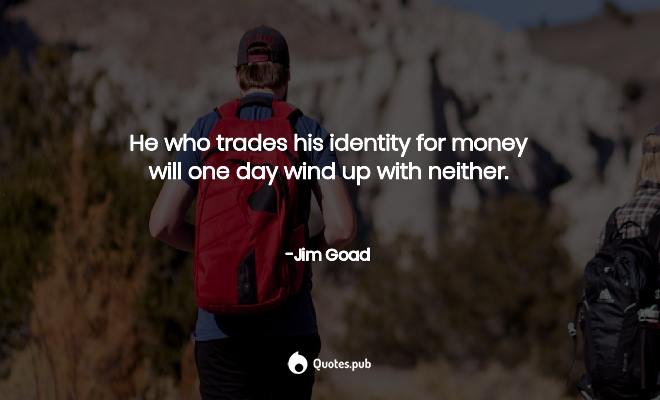 He who trades his identity for money will one day wind up with neither. 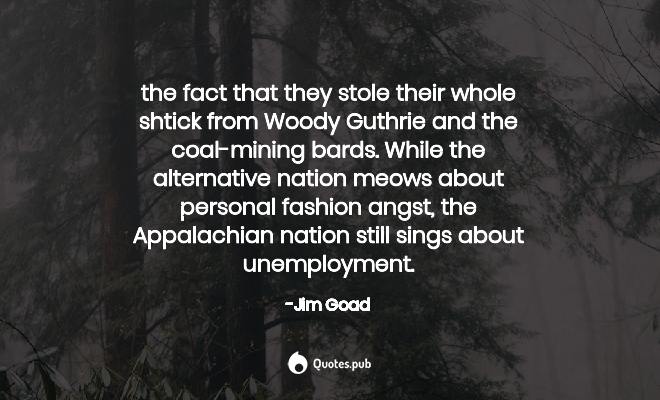 the fact that they stole their whole shtick from Woody Guthrie and the coal-mining bards. While the alternative nation meows about personal fashion angst, the Appalachian nation still sings about unemployment.

Download
What you accomplish in life is limited only by your imagination and the fear of reprisal. Life is too fleeting and unrewarding to have to live with the added anus of indignity. The denial of one's inevitable demise is what causes most of the astringent blandness in the world. When you . . . Read more 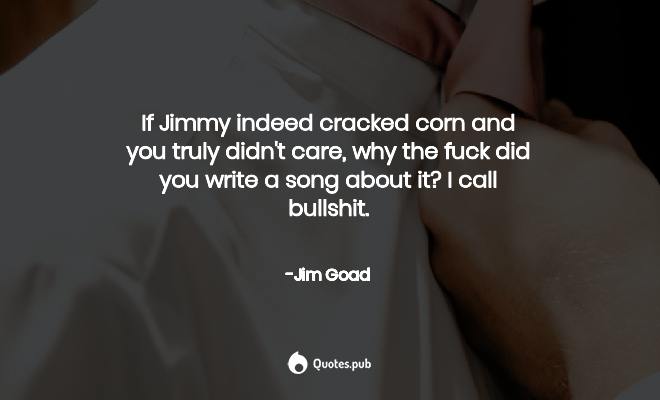 If Jimmy indeed cracked corn and you truly didn't care, why the fuck did you write a song about it? I call bullshit.

Download
Under the Roman Empire, barbarians were the rural trash of their day. The word "pagan" is derived from the Latin pagus, meaning "country", and Romans used it disparagingly to describe country dwellers. Likewise, "heathen" originally meant those rural types who lived under cover of the . . . Read more