I know you all, and will awhile upholdThe unyoked humour of your idleness.Yet herein will I imitate the sun,Who doth permit the base contagious cloudsTo smother up his beauty from the world,That when he please again to be himself,Being wanted, he may be more wo . . . Read more 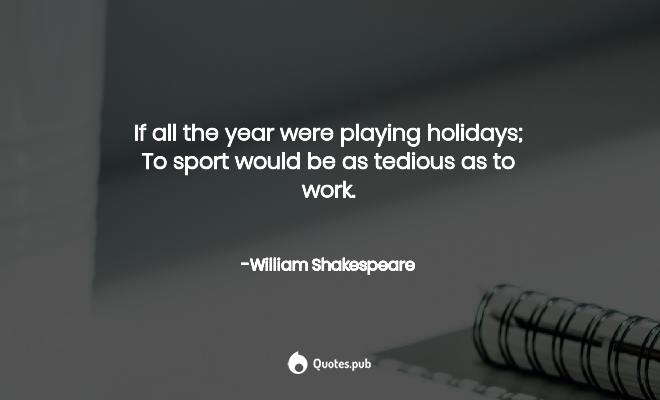 If all the year were playing holidays; To sport would be as tedious as to work. 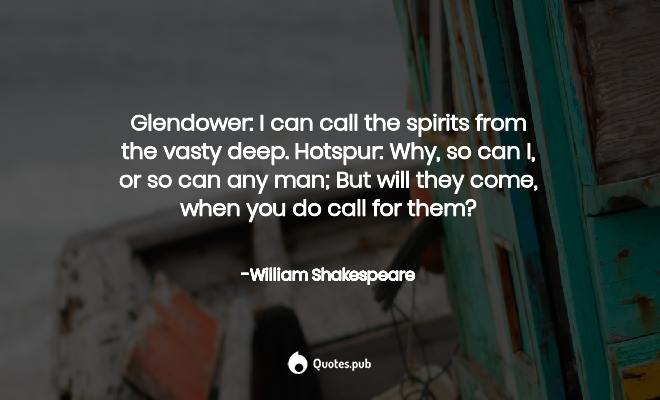 Glendower: I can call the spirits from the vasty deep.Hotspur: Why, so can I, or so can any man;But will they come, when you do call for them? 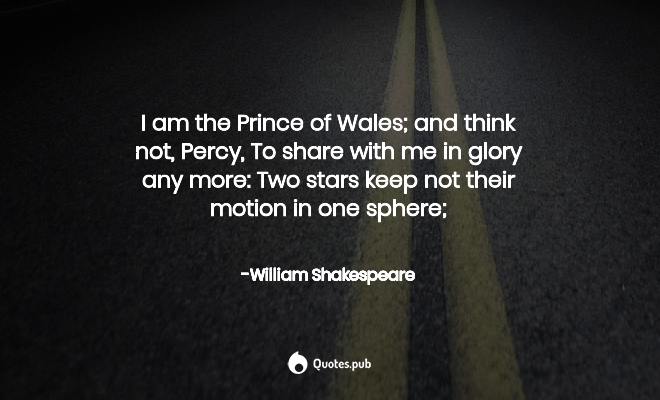 I am the Prince of Wales; and think not, Percy,To share with me in glory any more:Two stars keep not their motion in one sphere; 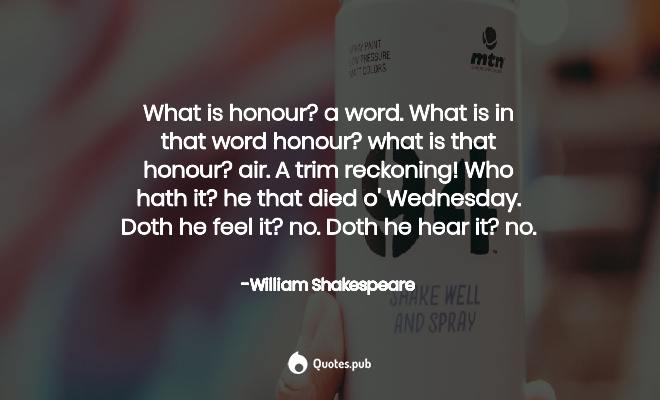 What is honour? a word. What is in that word honour? what is that honour? air. A trim reckoning! Who hath it? he that died o' Wednesday. Doth he feel it? no. Doth he hear it? no. 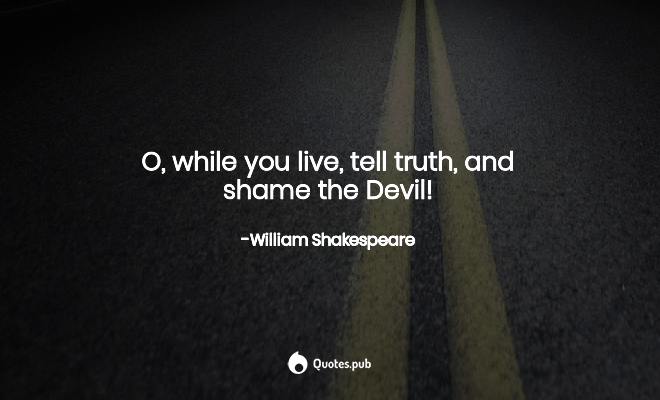 O, while you live, tell truth, and shame the Devil! 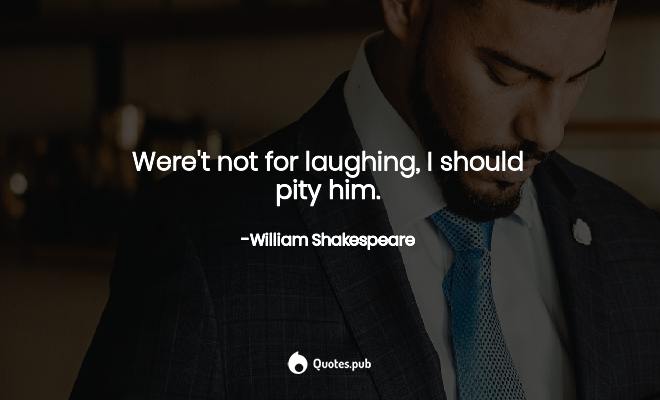 Were't not for laughing, I should pity him. 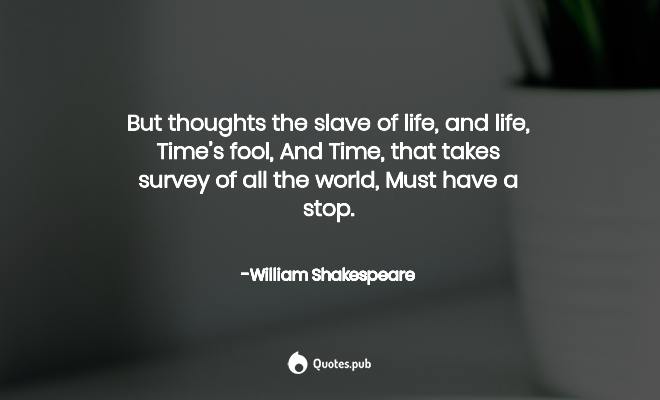 But thoughts the slave of life, and life, Time’s fool,And Time, that takes survey of all the world,Must have a stop. 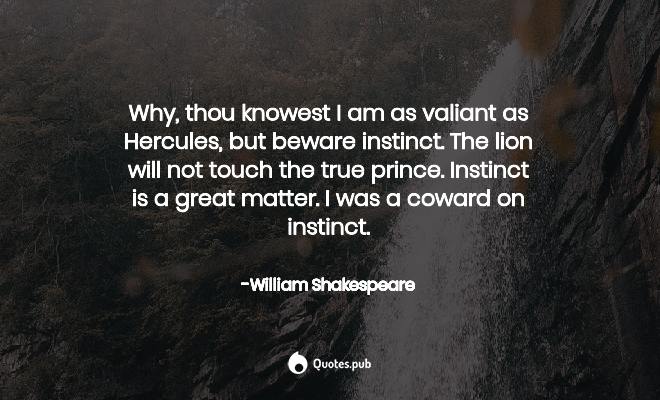 Why, thou knowest I am as valiant as Hercules, but beware instinct. The lion will not touch the true prince. Instinct is a great matter. I was a coward on instinct. 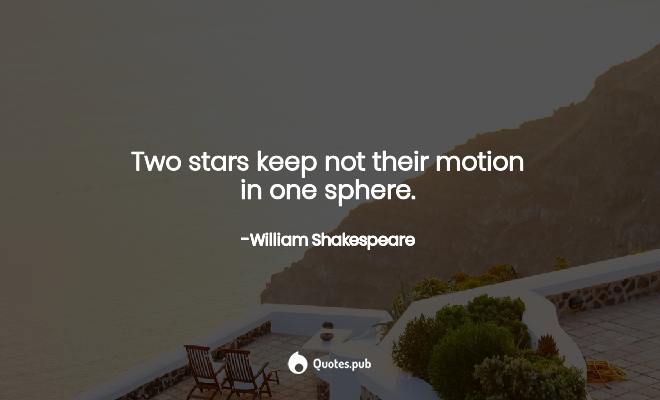 Two stars keep not their motion in one sphere. 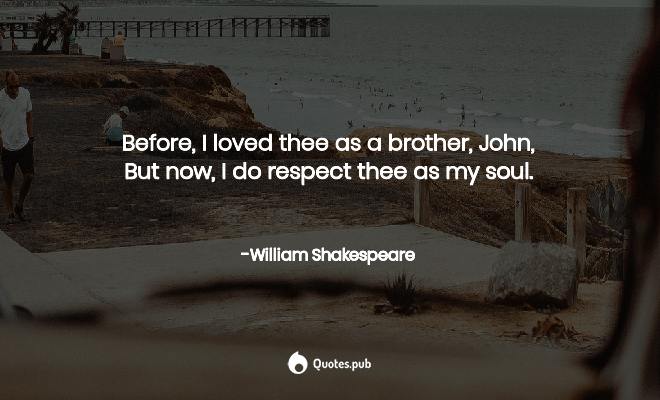 Before, I loved thee as a brother, John,But now, I do respect thee as my soul. 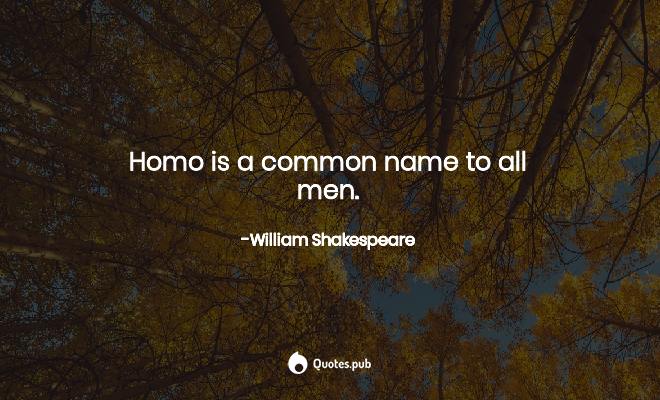 Homo is a common name to all men. 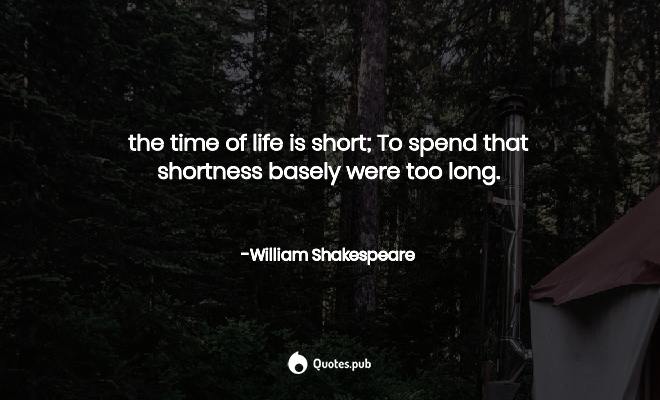 the time of life is short;To spend that shortness basely were too long. 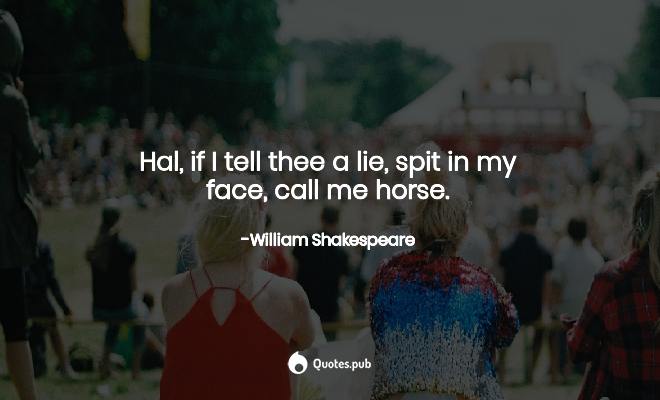 Hal, if I tell thee a lie, spit in my face, call me horse. 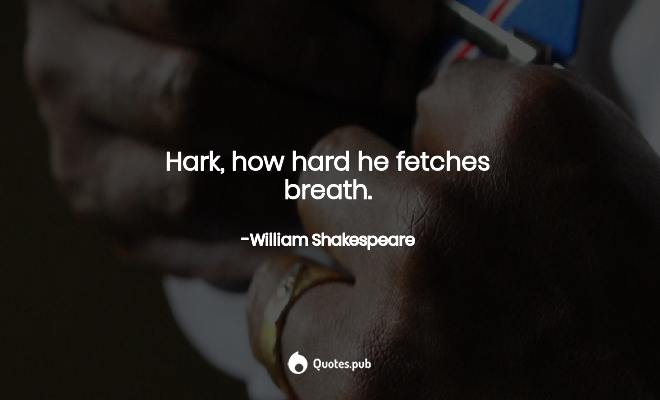 Hark, how hard he fetches breath. 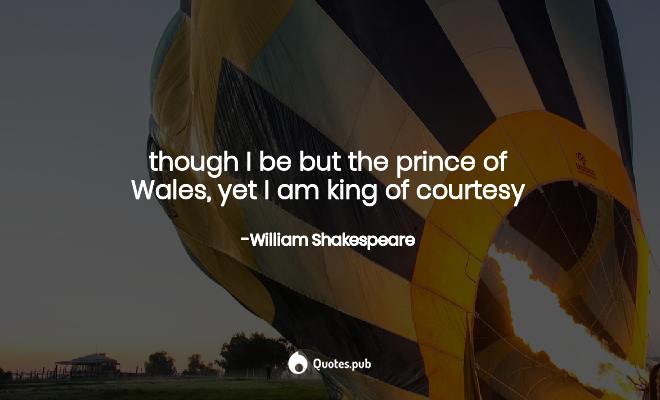 though I be but the prince of Wales, yet I am king of courtesy 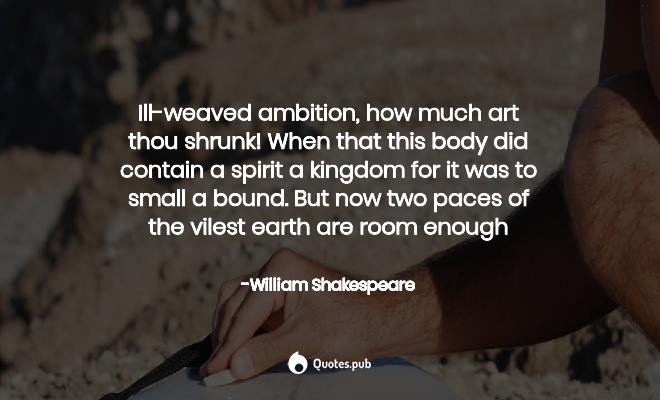 Ill-weaved ambition, how much art thou shrunk! When that this body did contain a spirit a kingdom for it was to small a bound. But now two paces of the vilest earth are room enough 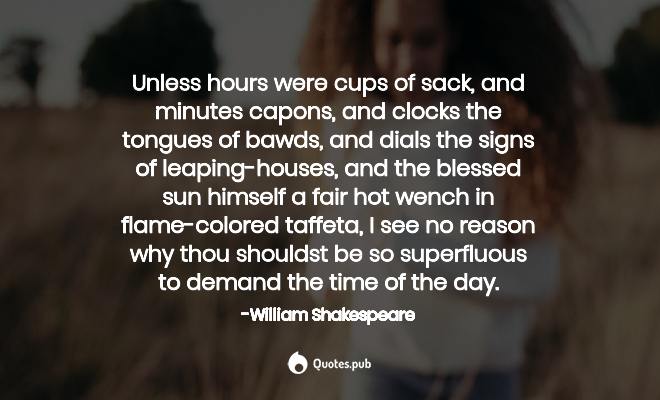 Unless hours were cups of sack, and minutes capons, and clocks the tongues of bawds, and dials the signs of leaping-houses, and the blessed sun himself a fair hot wench in flame-colored taffeta, I see no reason why thou shouldst be so superfluous to demand the time of the day. 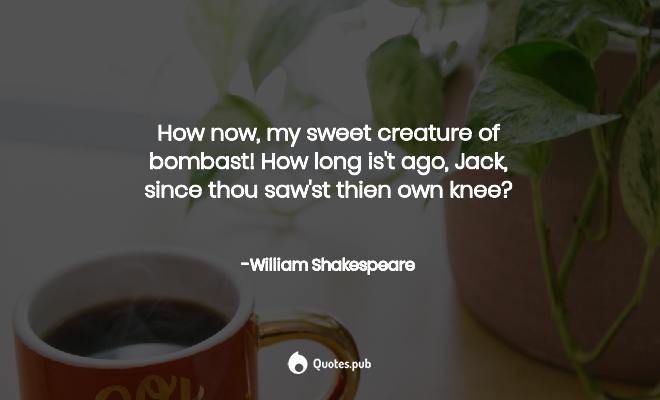 How now, my sweet creature of bombast! How long is't ago, Jack, since thou saw'st thien own knee?

Download
What is in that word "honor"? What is that "honor"? Air. A trim reckoning. Who hath it? He that died o' Wednesday. Doth he feel it? No. Doth he hear it? No. 'Tis insensible, then? Yea, to the dead. But will it not live with the living? No. Why? Detraction will not suffer it. Therefore . . . Read more

Marry, then, sweet wag, when thou art king, let not us that are squires of the night’s body be called thieves of the day’s beauty. Let us be Diana’s foresters, gentlemen of the shade, minions of the moon, and let men say we be men of good government, being governed, as the sea i . . . Read more 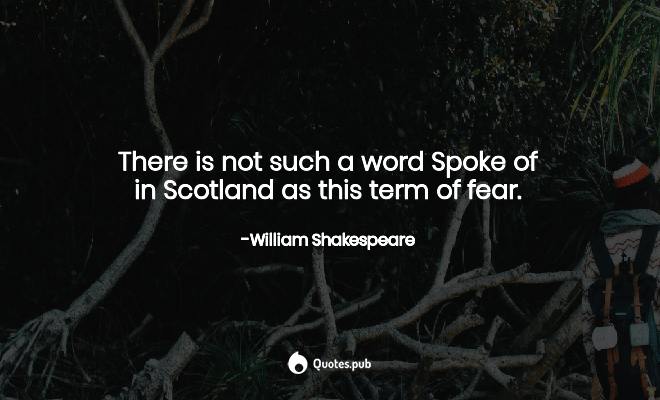 There is not such a wordSpoke of in Scotland as this term of fear. 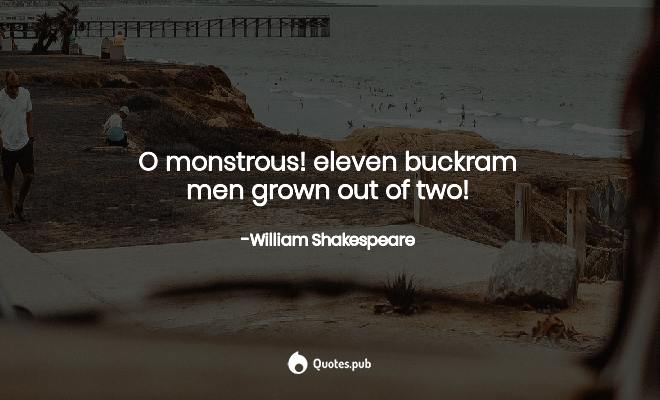 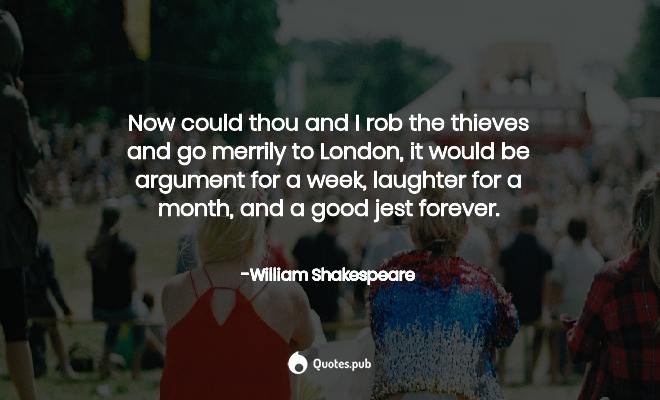 Now could thou and I rob the thieves and go merrily to London, it would be argument for a week, laughter for a month, and a good jest forever. 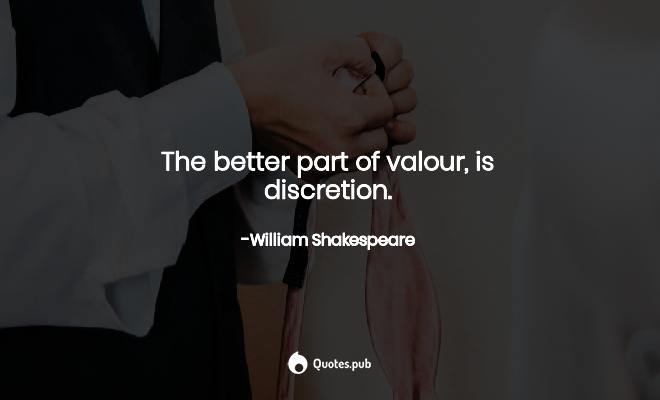 The better part of valour, is discretion.

Download
He made a blushing cital of himself,And chid his truant youth with such a graceAs if he mastered there a double spriteOf teaching and of learning instantly. There did he pause: but let me tell the world:If he outlive the envy of this day,England did never owe s . . . Read more 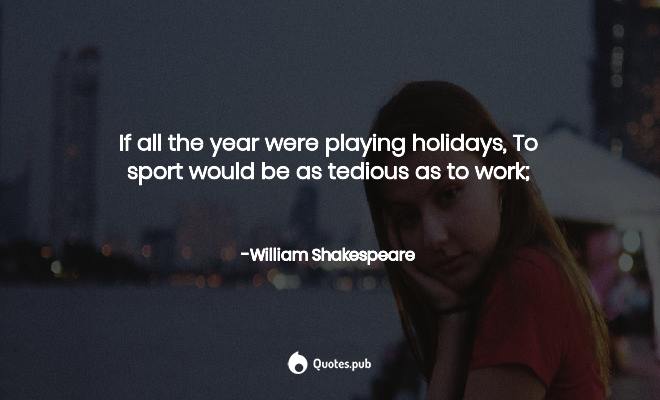 If all the year were playing holidays, To sport would be as tedious as to work; 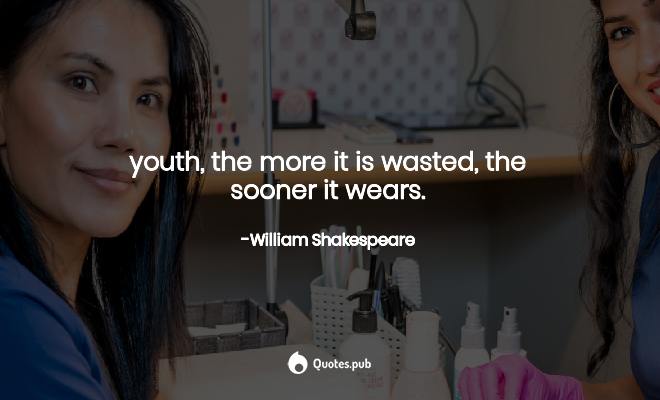 youth, the more it is wasted, the sooner it wears. 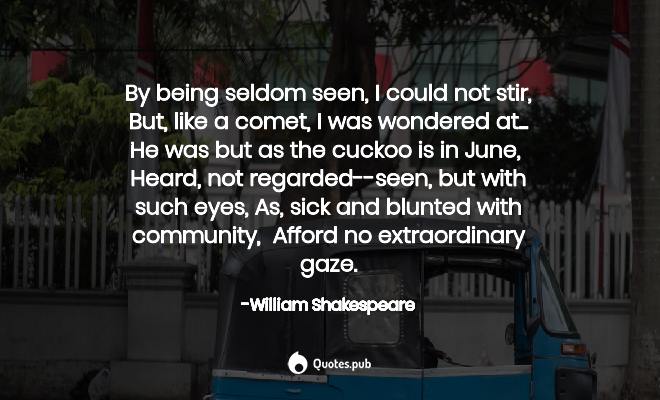 By being seldom seen, I could not stir,But, like a comet, I was wondered at...He was but as the cuckoo is in June, Heard, not regarded--seen, but with such eyes,As, sick and blunted with community, Afford no extraordinary gaze.